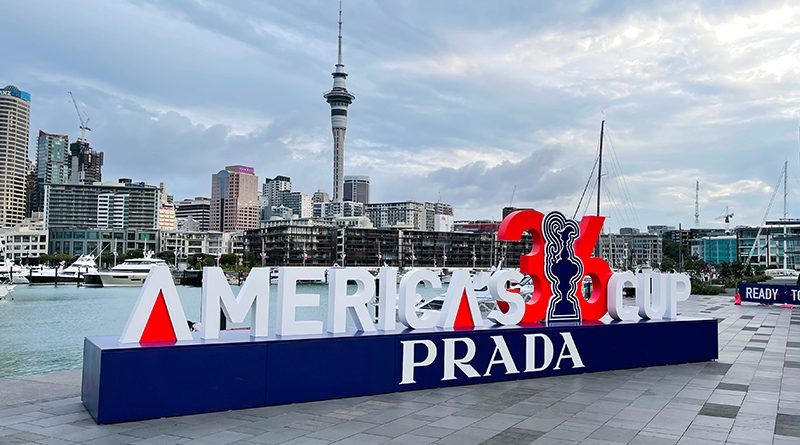 While these are all serious competitors, the New York Yacht Club’s American Magic made headlines in early May when the team announced that Olympic gold medalist and multi-class world champion sailor Tom Slingsby (AUS) had signed on to the American-flagged team, joining Paul Goodison (GBR) as a driver for the American boat.

“I’m extremely excited to return to the America’s Cup arena,” said Slingsby in an official team press release from May 3. “The AC75s are remarkable craft, and I look forward to doing whatever I can to help our team in their quest to bring the trophy back to the United States and the New York Yacht Club. We’ve got world-class talent onboard the boat and backing us on the shore; I’m proud and excited to be a part of it.”

Slingsby was part of Oracle Team USA’s stunning juggernaut victory over ETNZ on the waters of San Francisco Bay in 2013, and he was also part of the same team’s unsuccessful defense in Bermudian waters in 2017.

More recently, Slingsby led his Australia SailGP Team to season titles in SailGP’s Season 1 and Season 2, the latter of which was recently determined on San Francisco Bay.

Team placements for American Magic have yet to be decided, and with two world-class helmsmen, the team’s strategy is up in the air.

“Having Tom and Paul Goodison, both Olympic Gold Medalists and world champions, driving our AC75 gives us a great competitive position,” said Hap Fauth, one of the team’s founders, in the release. “They are fierce competitors who win at the highest level of sailing. Combine this with the world-class team we are building, and I am thrilled with our prospects.”

The 37th America’s Cup will be held in September and October of 2024 in Barcelona, Spain.