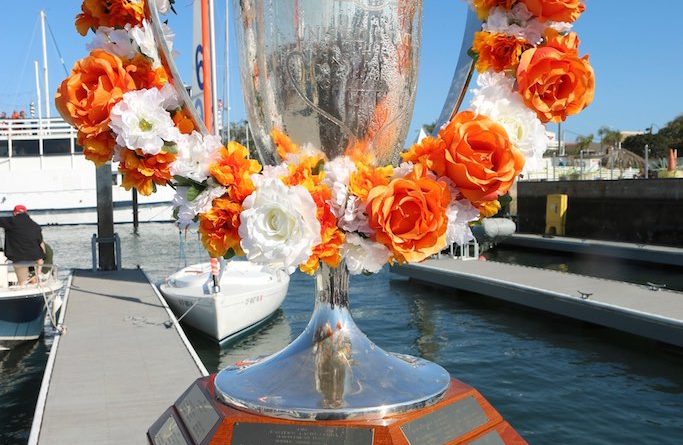 NEWPORT BEACH — Thunder did in 2018 what it couldn’t do versus Lightning in 2017: win the Balwin Cup.

Larchmont YC, which is located just north of New York City, won the Baldwin Cup in 2013.

“After wind delays, tight racing, and a finish that raced the sunset in Newport Beach, NHYC Thunder has re-taken the Baldwin Cup,” the regatta’s organizers stated shortly after the race. “A first to two wins finals, Larchmont won the first race, but NHYC Thunder fought back to win the second. Competitive down to the very end, Thunder showed their steely discipline to win the final race of the regatta.”

The Baldwin Cup was conceived by members of Newport Harbor YC in 2007 and officially launched in 2008. Racing takes place in an arena-style setting at the yacht club’s mooring field.