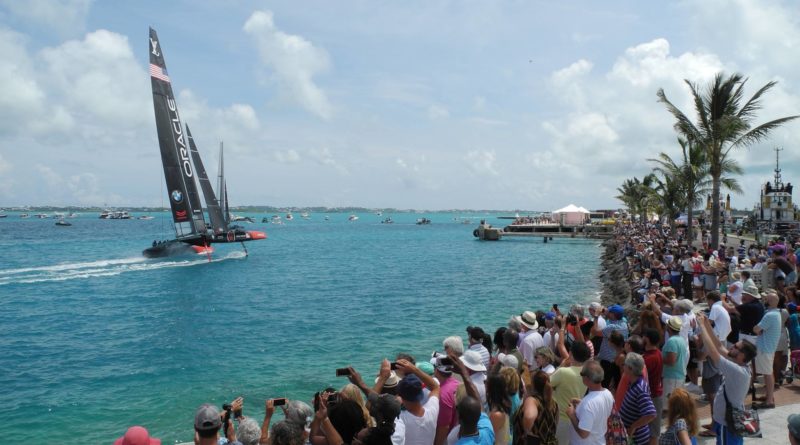 SAN DIEGO (LOG News Service) — The America’s Cup is ditching catamarans in favor of 75-foot monohulls with crews of 10 to 12 governed by a stricter nationality rule than in recent regattas.

America’s Cup champion Emirates Team New Zealand and the Challenger of Record, Italy’s Luna Rossa Challenge, announced the protocol for the 36th America’s Cup on Sept. 29, with more specifics to come during the next several months.

Among them are the design of the new class and whether the boats will foil. So far, the AC75 promised only to be a “high performance” boat. AC75 Class concepts are due to be released Nov. 30 and the class rule is set to be published on March 31.

Regardless of what the boat looks like and how it sails, the Kiwis are returning to tradition in the 166-year-old competition.

Team New Zealand CEO Grant Dalton said the main reason for the switch back to monohulls was “to attract more quality challengers to the event… We think the greater sailing community relates more to a monohull.”

The last time monohulls were sailed in the America’s Cup was 2007. They were plodding compared to the multihulls that sailed in the last three regattas.

Traditionalists have grumbled about the lack of tactics and that most of the crew were grinders providing power to run the hydraulics that controlled the wing sail and daggerboards.

Three crew or 20 percent, whichever is higher, must be true nationals, while the rest of the crew must live in the country of a challenging yacht club for a minimum of 380 days during a two-year period between Sept. 1, 2018 and Aug. 31, 2020.

The challenger trials and the 36th America’s Cup match are scheduled for early 2021, as close to Auckland as possible but not on the city’s inner harbor.

If a host city agreement can’t be negotiated, or if something unforeseen occurs, the regatta will be held in Italy.

The dates and venues of the America’s Cup Match and PRADA Cup will reportedly be announced Aug. 31, 2018.

Luna Rossa pulled out of the 35th America’s Cup in a dispute over a midstream downsizing of boats. However, it helped the Kiwis with technology and manpower.