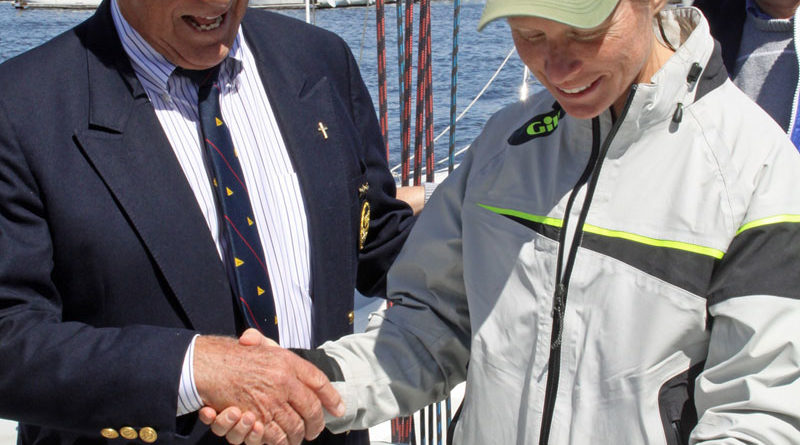 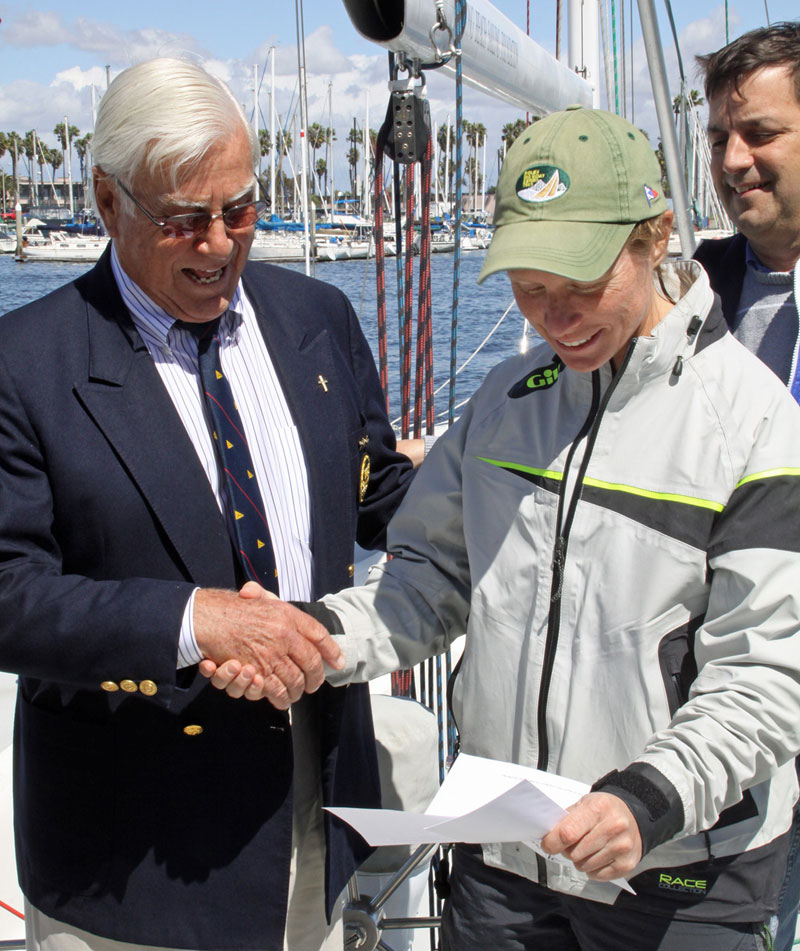 LONG BEACH — In sailboat racing, good breeze is a good thing — but too much is not so good.

Such was the case March 18 in the California Dreamin’ Series Butler Cup, an ISAF Grade 3 match race hosted by Long Beach Yacht Club. With a severe storm watch in effect and high winds, no races were able to be run.

Leading the California Dreamin’ Series points coming into the weekend was Nicole Breault of St. Francis Yacht Club and, as such, Breault was declared the winner of the series. The first-place prize was an invitation to race in the Ficker Cup, March 22-24.

Coming from the San Francisco area, Breault is quite experienced in racing in strong breeze.

“This definitely was a brisk day and would have shown who had the best seamanship skills,” Breault said. “But I think it was a good decision (not to race), for these boats.”

On the race’s first day, March 17, racing was literally blown out — with sustained winds around 20 knots, keeping the fleet in their slips throughout the day. March 18 dawned with strong winds, but principal race officer Pete Ives wanted the Race Committee to give it their best shot at getting some races off, and had everyone head out to the race course. Unfortunately, the wind was even on stronger Sunday than the day before.

If you’re a sailor, you may ask, “I’ve raced in worse conditions — what’s the big deal?”

The Catalina 37s used in the Butler Cup, Ficker Cup and the Congressional Cup were designed for the normal Long Beach weather conditions, moderate chop and breezes of 8 to 15 knots, and they get to be quite a handful at 20 knots, without the ability to reef the mainsail.

The event is named for Frank Butler, founder of Catalina Yachts, who in 1990 designed, built and donated the 11 Catalina 37s used for all of the match races held at Long Beach YC. These same boats are also used for fleet race events and are available for teambuilding and individual charters through Long Beach Sailing Foundation.