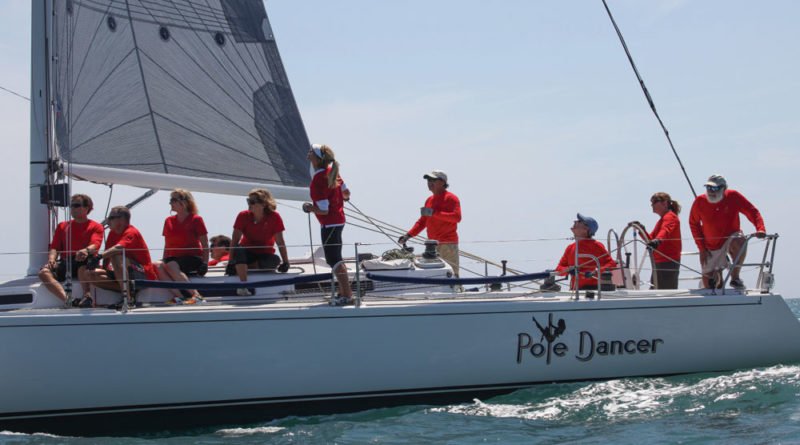 OCEANSIDE — Saturday, May 9, is all about celebrating women sailors as several female racers will take the helm to sail in the annual Women 4 Women Regatta. More than 10 boats are expected to participate.

Hosted by Oceanside Yacht Club, the regatta serves as a way to get women on the water while also raising money for the Women’s Resource Center – a nonprofit organization serving North County communities.

“This regatta allows women the opportunity to shine; be active participants and hone their sailing skills,” said Terri Manok, Women 4 Women Regatta chair, who has been sailing in the race for the past 15 years.

Originally founded as the Ladies Skippers Race, the event was merged with the regatta four years ago after yacht club members decided to tie it to a charity. For the past four years, the Women 4 Women Regatta has raised more than $5,000 in funding for the Women’s Resource Center.

Racers can sail in one of two classes: all female crew or a mixed gender crew with a female at the helm. The course is sailed near Oceanside Pier.

Three races are scheduled for the fun-filled day.

Prizes will be given to the skipper who collects the highest dollar amount in donations. For those not racing but still interested in contributing to the Women’s Resource Center, donations can be made. A raffle and silent auction will be held once races conclude.

All proceeds earned through race entry fees, raffles and the silent auction will benefit the center and help provide services to families affected by domestic violence and sexual assault.

For more information about the Women 4 Women Regatta, visit Oceansideyc.net.