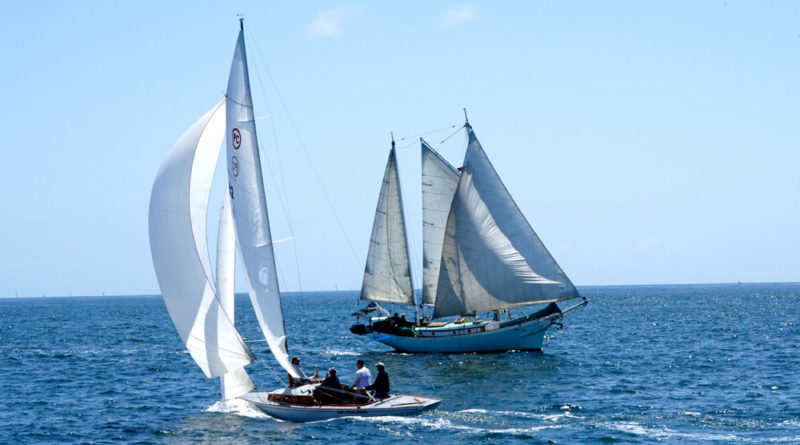 MARINA DEL REY – The 40th annual One More Time Regatta, one of the oldest races in Southern California, heads to Marina del Rey for all to enjoy on June 20. The race is the second race in the California Classic Yacht Series.

“As the number of wooden boats on the water steadily decreases we are trying hard to encourage wooden boat owners to keep their boats alive,” explained Chris Frost, Wooden Hull Yacht Club’s staff commodore. “Getting out on the water with other woodies is one of our main ways of doing this.”

Del Rey Yacht Club and the Wooden Hull YC are hosting one of Los Angeles’ remaining sailboat races with the One More Time Regatta standing as the second in a three-race series. The California Classic Yacht Series kicked off May 9 with the annual Yesteryear Regatta hosted by the Ancient Mariners Sailing Society in San Diego and concludes with the McNish Classic on July 18 hosted by Pacific Corinthian YC in Oxnard.

The race is open to all wooden hulled sailboats. With a pursuit style start and a range of classes, all woody sailors are welcome to participate in the regatta. According to race organizers boats of every size and rig configuration have participated from a 17-foot Thistle to a 98-foot Bloodhound.

“We have had schooners, ketches, cutters, Gaff and Marconi sailplans, a replica of the original America, a 1916 seabird yawl and custom built yachts costing well in excess of six figures,” said race chairman Andy Kopetski.

The race has three reaching legs and one weatherly leg. Participants will race on a 15.8 nautical mile course in Santa Monica Bay and celebrate the winners during an awards ceremony at Del Rey YC.

“It is informal and new racers are encouraged,” Kopetski said.

Spectators are invited to cheer from shore or from the water on a private boat or by making prior arrangements with race organizers.