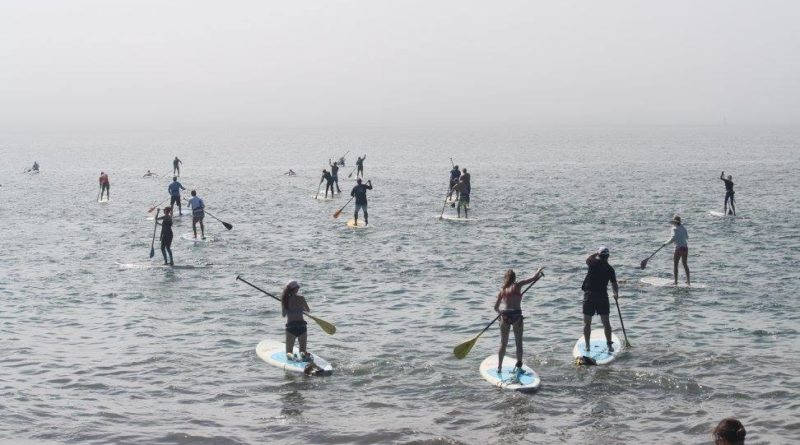 SANTA BARBARA — The Biltmore Cup comes to the Santa Barbara coast for the second time ever, as paddlers and rowers are invited to take to the waters for a competitive race from the harbor area to Coral Casino. All racing will take place on Aug. 26.

Santa Barbara Yacht Club members (and guests of members) are invited to compete against each other in the relatively short race, which is about 4 miles long.

Any human-powered watercraft – standup paddleboards, kayaks, surfboards, etc. – is eligible for the race. Racing will be in two divisions: Race (first to finish) and Rally (predict your finish time). The number of signups will determine the awards presentation.

All racing begins at 10:45 a.m.; inclement weather could force a delay in start times.

Competitors must touch an “X” on the Coral Casino seawall to officially finish the race; finishes must be completed by 12:45 p.m. A barbecue for members and guests of both clubs will be held at Coral Casino later in the afternoon.

Chris Lambert of Coral Casino was the overall winner at the inaugural Biltmore Cup held in 2017.