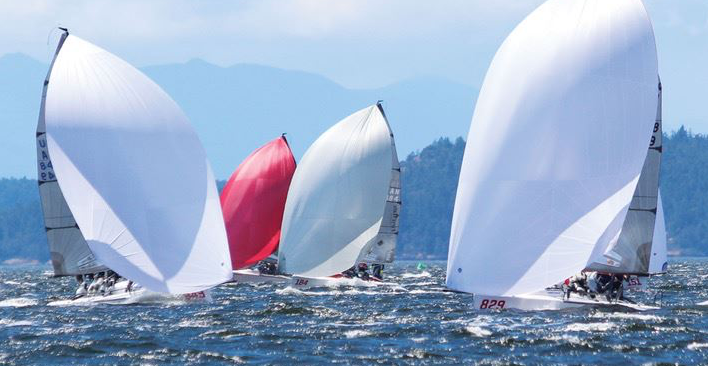 Non-Spinnaker Cruising will also take to the water in the sailing competition hosted by American Legion Yacht Club.

NEWPORT BEACH—Cruising and non-cruising races will be competing in the Whale Regatta, which will be held in Newport Beach on March 14. American Legion Yacht Club is the organizing authority.

The race, which is classified as a Category A event, is open to PHRF, PHRF Non-Spinnaker and Non-Spinnaker Cruising classes. Non-Cruising class entries must be a member of PHRF of Southern California, possess a valid rating certificate and be a member of a Southern California Yachting Association/US Sailing Association yacht club.

“Cruising Class racers need not be members of PHRF. Boats entering the Cruising Class are eligible for adjustments to the boat’s RLC Rating. [American Legion YC] will assign an arbitrary rating to any Cruising Class boat without a PHRF rating,” the Notice of Race stated.

“Cruising Class entrants without PHRF Certificate are required to submit a completed and signed Cruising Class Rating Form (Appendix A) to the Race Committee Chair via email (race@alyc.com) or SMS (949-922-1926),” the Notice of Race stated.

First warning signal for all classes will be at 11:25 a.m. on March 14. The start and finish line will be west of Newport Pier.

“Courses with government navigation aids and oil islands as round marks may be specified,” according to the Notice of Race. “Scoring will be according to RSS A4.1 Low Point System.”

The American Legion YC guest dock will be available to competitors for loading and unloading only.

“Moorings and transit slips are available through Newport Marina Park, 949-270-8159,” the Notice of Race added. “Parking is available on Balboa Boulevard, Bay Avenue and along 15th Street.”

No information was included in the Notice of Race about awards or trophies.