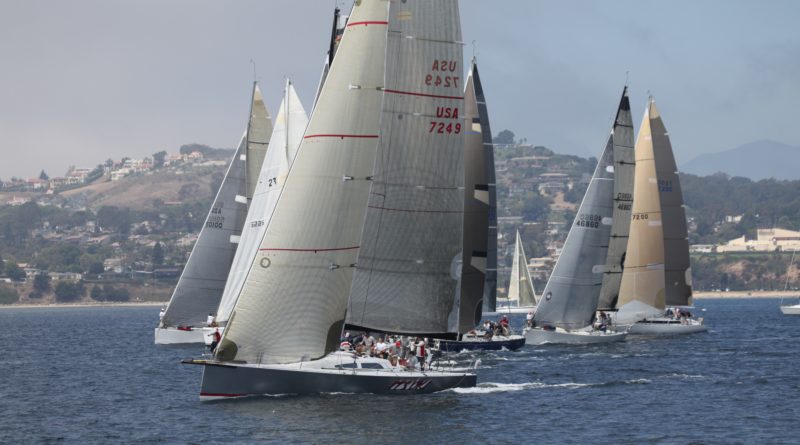 The race is organized by the Santa Barbara and King Harbor yacht clubs. All entries, including rating certificates and payment, must be complete by July 17. The online entry form is available at sbyc.org/sb-kh.

Sailors who need guest berthing at King Harbor Yacht Club will be met there by a docking committee. Members of the committee will escort requesting boats to a mooring location; committee members will also be monitoring Channel 78.

The registration desk opens again at 8 a.m. on July 26, followed by a Competitor Briefing at 9 a.m.; the briefing will be held at the beach adjacent to Santa Barbara YC. The yacht club will host a racers breakfast from 7:30-10 a.m.

The first warning signal is at 11:55 a.m. on the 26th; King Harbor YC will be open for post-race snacks as boats arrive in Redondo Beach.

“The race course will start in Santa Barbara, California, round Anacapa Island to port, and finish inside the breakwater of King Harbor in Redondo Beach, California. The rated distance is 81 nautical miles,” the Notice of Race stated. “Prizes will be awarded at the King Harbor Yacht Club on Saturday, July 27 at 1600 hours. Classes will be awarded take home trophies based upon the number of entrants.”