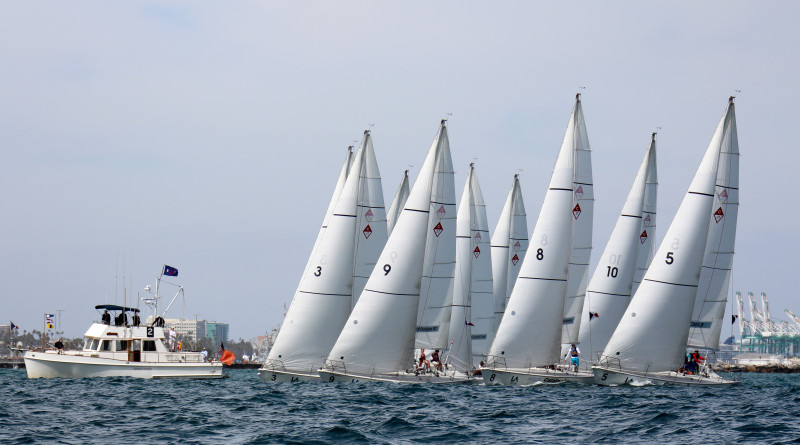 Ten teams are competing in the upcoming Harbor Cup regatta hosted by LAYC.

SAN PEDRO — The Harbor Cup is celebrating the 10th anniversary of its intercollegiate sailing event March 10-12. The regatta, sponsored by the Port of Los Angeles (POLA), brings together sailing teams from colleges, universities and academies throughout the United States.

Intercollegiate sailing teams must make a formal request to participate, because this event is by invitation only. Participating teams must have at least one female and no more than seven crewmembers total.

There are up to 10 races taking place over three days, with three constituting a regatta. Due to lack of wind on the final day of last year’s event, there were only nine races completed.

Last year’s sailing teams experienced rain, hail and winds up to 35 knots on the first day of the races. With the record rainfall Southern California has experienced recently, it will be interesting to see what the weather brings to this year’s event.

“Races are held outside of the LA breakwater just past the iconic Angel’s Gate Lighthouse (weather permitting). The windward mark is usually set near beautiful Point Fermin west of the harbor entrance, where keen-eyed spectators can watch from ashore,” Crowfoot explained. “It is raced aboard a fleet of matched 37-foot Catalina sailboats, identically rigged and maintained to promote the fairest possible competition.” 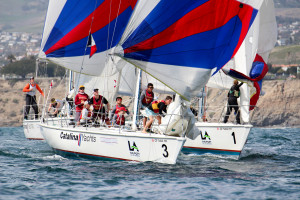 It will be interesting to see which team will win the coveted trophy this year.