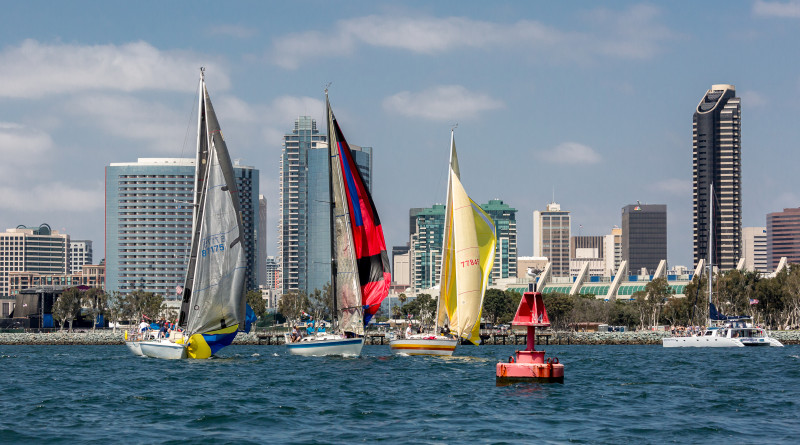 SAN DIEGO — One of the largest summer sailing events on San Diego Bay helped to raise $545,000 for hospice care, as 1,300 people attended the Sharp HospiceCare Dinner and Regatta event.

The regatta winner was Por Boys owned by Neil Senturia. Senturia has participated in every Sharp HospiceCare regatta since it began in 2003. He is the only boat owner to win three times at the regatta.

Hosted by Sharp HospiceCare, Coronado Yacht Club and Cortez Racing Association, the event supports Sharp HospiceCare’s Homes for Hospice program, which offers services to patients with a life-limiting illness, to meet their needs in a comfortable home setting.

The festivities kicked off with a pre-race dinner and silent auction at Hotel del Coronado, followed by the regatta on Aug. 27 where guests enjoyed lunch, dinner and music at Coronado Yacht Club. They also had the opportunity to board yachts and cruise along San Diego Bay for a view of the race course. There were 38 spectator boat yachts and 44 racers in the regatta.

In the 11 years the event has been held at the Coronado YC, more than $2.9 million has been raised for Sharp HospiceCare.