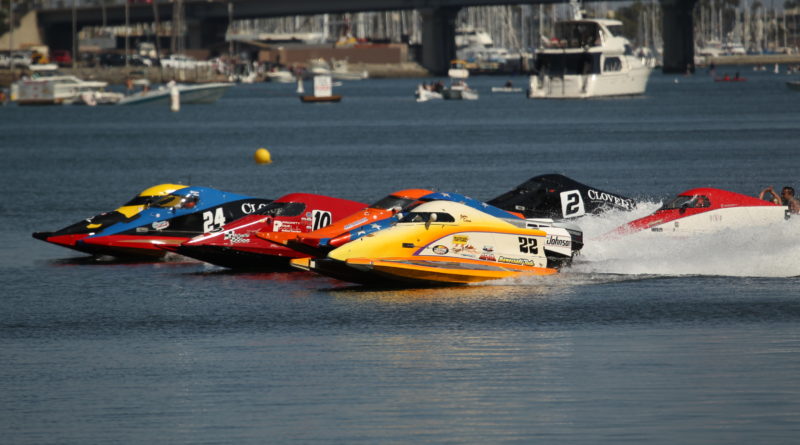 LONG BEACH ― Just as the Grand Prix of indie cars race the streets of Long Beach in spring, the Sprint Nationals of powerboats speed across the waters of Long Beach’s Marine Stadium in summer. This annual powerboat race, organized by the Southern California Speedboat Club (SCSC), will sprint across Marine Stadium, Aug. 5-6.

The expected fleet of more than 100 boats features 10 classes of V-bottom, flatbottom, and jet boats.

“Race teams from across the nation converge on the ‘birthplace’ of powerboat racing on the West Coast to try to capture the National Championship,” according to Long Beach Parks, Recreation and Marine’s website.

Last year’s champion of the 140+ mph K Racing Runabouts, Duff Dailey with Mike Stock’s #999 El Cid, is back again this year to defend his championship title. Heath Hiebert, a Grand National defending champion from Bellflower with his raceboat #369 called Corn Fed, is also one to watch.

Spectators are prohibited from bringing their own alcohol to the event, and coolers will be inspected. However the venue will feature a beer garden.

Spectators can arrive as early as 8 a.m., with races starting at 9 a.m. and continue until 5 p.m. on both days. Admission costs $20 for adults and $10 for children. Admission is free for kids age 4 and younger as well as those with an active military ID.