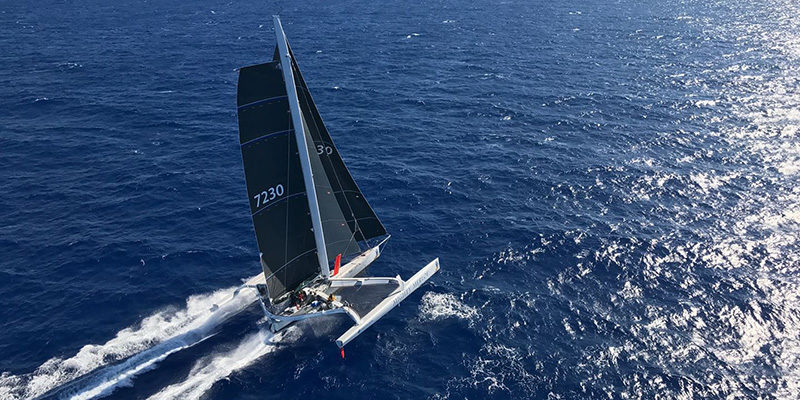 The L.A.-to-Hawai’i competition will celebrate 50th running in 2019.

LOS ANGELES — Entries for the 50th edition of the Transpacific Yacht Race are now open as the Notice of Race for Transpac 50 was formally published, it was announced April 10.

The competition kicks off July 10, 2019, with yachts competing against each other from Los Angeles to Honolulu, a 2,225-mile course. Next year’s race will feature an Aloha Class and separate divisions for monohulls and multihulls. The Aloha Class is catered for heavier, more traditional vessels (as opposes to downwind flyers).

Last year’s Transpac was record-breaking, what with Comanche, a 100-foot all-carbon monohull vessel, finishing in 5 days, 1 hours, 55 minutes and 26 seconds, the fastest time ever. Mighty Merloe, an ORMA 60 trimaran, also set a time record with its 4-day, 6-hour, 32-minute and 30-second finish.

The 86-foot schooner Lurline, for perspective, finished the first Transpac in 1906 in 12 hours and 10 days.

Transpacific Yacht Club has organized Transpac since 1906. The yacht race across the Pacific Ocean has pitted 1,980 boats against each other, to date. The 2019 edition will likely see participant number 2,000 – a landmark the race’s organizers would certainly celebrate.

The standard application fee for the next Transpac is $250 and must be submitted by March 1, 2019. A late application fee will be in effect for all registrations between March 2, 2019 and May 31, 2019. Entry fees are based on overall length of yacht.