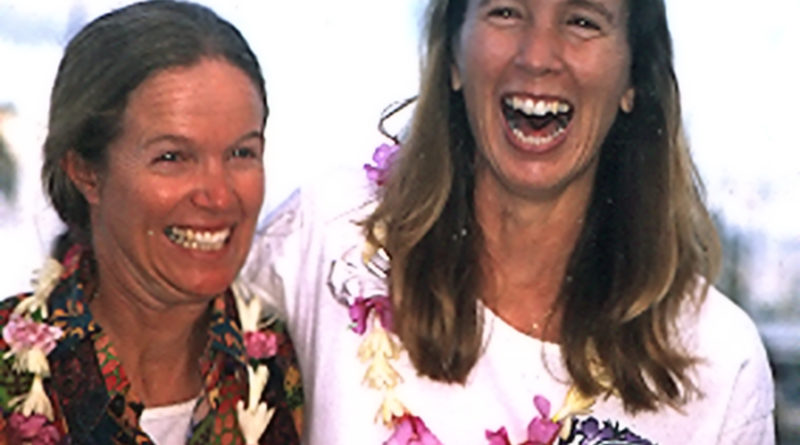 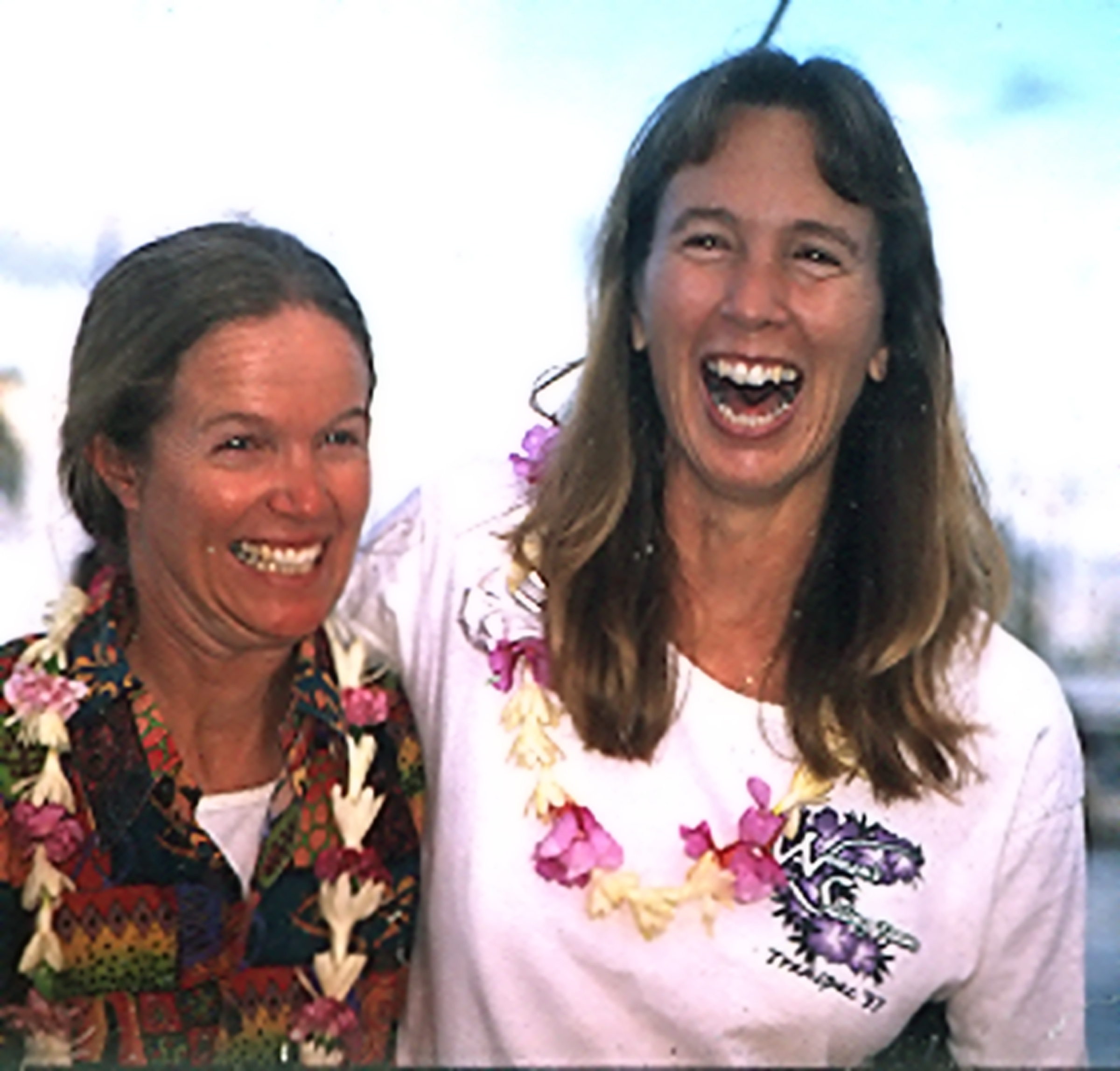 LONG BEACH — Hundreds of women have raced in the Linda Elias Memorial Women’s One-Design Challenge regatta at Long Beach since it was renamed for the special lady way back in 2003 — and the event just celebrated its 20th anniversary Oct. 22-23 (see the related racing story). Perhaps some of the younger competitors may wonder now: Who was Linda Elias?

It may be time to retell her story.

The Women’s Sailing Foundation of Long Beach/Los Angeles and the host Long Beach Yacht Club knew the answer well enough to link the inspiring character of a special female competitor with the event, not just because she won it three times but because of the spirit she brought to it, as her lyrical laughter mocked the mean disease she battled.

The annual fleet-racing contest is sailed by 10-women crews on the heavy-duty Catalina 37s used in the Congressional Cup match-racing classic. Elias won it in 1992, 1994 and 1996, the last two while battling the ovarian cancer that ultimately outmaneuvered her late in 2002 at age 52. How tough was it dealing with the pain, the chemotherapy and her passion for sailing for the last nine years of her life?

She explained it once:“The treatment takes most of the day. I have to be there at 8:30 and I get out by 4. They give me several different chemicals to counteract the main ones they give me. That night I’m sort of OK, and the next day the nausea sets in, but they give you pills to take. I learned after my second [treatment] to take ‘em whether you think you need ‘em or not. If you don’t you’re gonna get sick. That’s what happened to me Friday morning at 6:30 a.m. I started throwing up, and I kept throwing up until 4 o’clock. You can’t even keep the pills down. This time I took ‘em: no problems.

“And then the bone pain and joint pain sets in, which lasts about five days. So for a week I’m absolutely miserable. I’m stiff and sore now but I feel wonderful compared to how I felt, so now I can go out and do walks and sail, so I’ll have two really good weeks. If I can get one week out of three that’s terrible, I can go out and play the other two weeks.”

And play she did. Long before the cancer, she helped to fight another battle, for women in sailing. She led several all-woman crews in ocean racing, including her favorite: the Transpacific Yacht Race to Hawaii. She missed 1995 because of the cancer but trained her crew hard to sail the Santa Cruz 60 Bay Wolf in the 1997 race.

Then, five days before her class was to start, the disease struck again. Built-up scar tissue from the surgeries caused blockages and sent Elias back to Long Beach Memorial Hospital for more surgery, and there she lay as the race got under way. After Bay Wolf sailed away, Elias, weak and in pain, tried to put a positive spin on it. She told a visiting couple, “Here I am in a warm hospital bed with people waiting on me. If I was out there I’d be cold, wet and miserable.”

She paused and frowned.

It got worse. A few days later she heard that the fleet was making record time.

“Oh, my God,” she wailed, “they’re having the windiest race of all and I’m not there!”

But her determination flared up beyond the cancer. She was determined to make the best of a rotten deal. If she couldn’t sail with her team, she’d at least fly to Hawaii and be there to meet them — and, boy, were they surprised when they saw her standing there, two weeks after major surgery, laughing and wearing a lei as large as the smile on her face. That moment defined her life.

“I guess my upbringing has never let me feel like I couldn’t do something because Iwas the wrong gender,” she said once. “I played baseball and climbed trees and sewed and had dolls. To me, there wasn’t any ‘man’ thing or ‘woman’ thing. I didn’t know any better.”

Although she didn’t start sailing until age 25, Elias said, “I got involved in women’s sailing in 1975 and 1976 at Dana Point with the Dana Belle races, and in 1979 I helped to organize WORSA (Women’s Ocean Racing Sailing Assn.).”

Camille Daniels, her best friend and sailing companion, once recalled crossing the threshold after they and female peers such as Dawn Riley and JJ Isler had established themselves as skilled sailors alongside males in the America’s Cup and other major events. “Linda and I have been around a long time,” Daniels said. “Years ago, we’d get on a boat with men and they’d make you sit on the rail. It’s taken years and years for women to finally get some credibility.”

During one of her last regattas, Elias said, “What I like about this group is I don’t think there are any big egos on the boat at all. During the races everyone is tuned into the race and is giving you input. Nobody’s afraid to speak up. We try to keep it light.”

One exception: “There was a woman that sailed with us sometimes. I had to ask her not to come anymore — it was really hard for me to do that — because she was very negative. And last year, when I was sailing during all this cancer treatment, I decided I couldn’t handle any negativity on the boat. I just said, ‘I hope you don’t take it too personally, but you have a negative attitude and it really affects me.’ I felt really bad. But I thought, ‘Well, she can’t kill me. I already have cancer!’”

Sitting on the patio outside Long Beach YC for a one-on-one interview, she giggled her lilting laugh.

“That’s another thing about having cancer,” she said. “It makes you realize, whatever the situation it is, OK, what’s the worst that can happen? You can lose the race. So what?

“I don’t want anyone to feel sorry for me,” Elias said. “My time was not wasted. (Cancer) helped me to focus on what’s really important. But it’s a tough way to learn.”