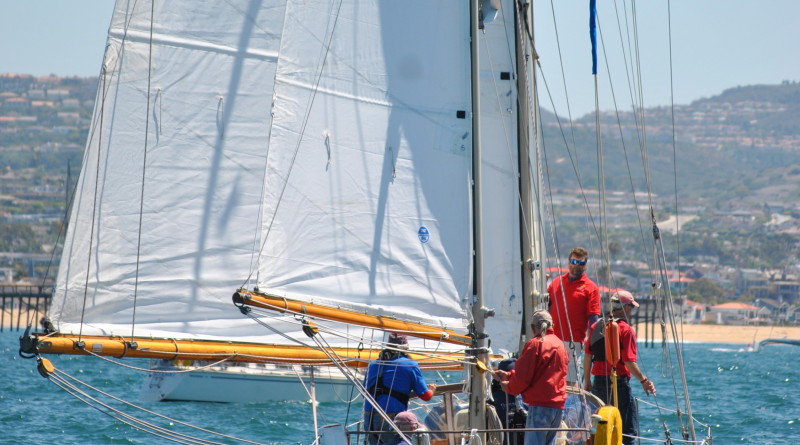 The 70th running of the Newport-to-Ensenada race will feature a wooden boat, built in 1931, skippered by a man born in 1927. Both the boat – Cheerio II – and man – Richard McNish – are old enough to remember a time when Newport-to-Ensenada did not exist.

McNish brings his Cheerio II to the annual race less than two weeks ahead of his 90th birthday. He hopes to finish off his 80s by defending last year’s first place finish.

Of course anything can happen at the annual “N2E” race, as McNish can attest to – he’s participated in the race for nearly two decades.

“We’ve been in the race 18 times or so,” McNish said, adding the lack of wind previously prevented Cheerio II from starting and finishing races.

Cheerio II is quite the heavy boat, according to McNish. As she is made of wood, a lot of wind is needed to get her going. Wind conditions were favorable in 2016, allowing Cheerio II, which was upgraded in 1984, to finish first.

“One thing that helps us, if we get good winds, we’re heavy and she seems to follow a course that we set. We don’t round up. The big objective that we have is to keep moving all night,” McNish said.

McNish clearly hopes for a similar result this year. His crewmates range from 50s to 80s in age. One crewmember will turn 90 shortly after McNish crosses the nonagenarian line.

“The young guys do all the work, and I steer,” McNish joked.

Yet what he enjoys most about the Newport-to-Ensenada race is connecting with other racers.

“There seems to be somewhat of camaraderie of people who do the Ensenada race. It’s an international race,” McNish said.

The to-be nonagenarian is also the founder of the McNish Classic Yacht Race.