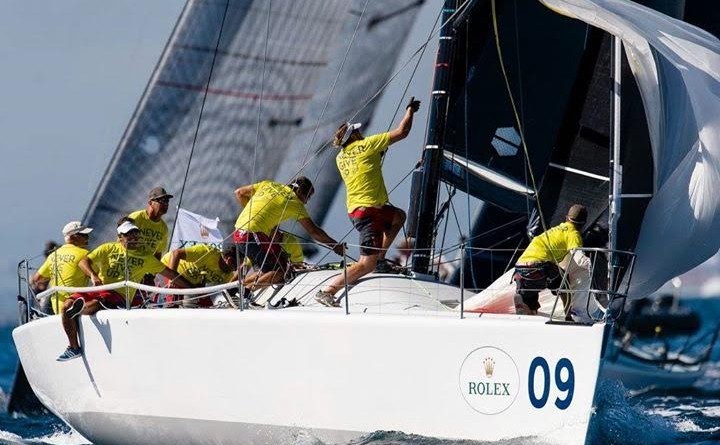 McMartin, 22, has been racing since he was 7 years old when he started in King Harbor YC’s summer sailing program — the King Harbor Youth Foundation. His family has been King Harbor YC members since his grandfather joined the club in 1963. The 22-year-old college senior personally joined last year and is the first third generation member of King Harbor YC.

Winning the World Championship was the culmination of a year of hard work, practice, and extreme attention to detail.

The Groovederci team didn’t know they had won until their chase boat full of cheering spectators came up alongside and went to toss them champagne and the media boats started following them in, including the helicopter. At that point they did the math and knew they had won.

“I honestly have never felt anything quite like it. We all knew that we had done it. All of the time, effort and pain we had put in paid off. It was the most amazing feeling in the world. And that night we celebrated like no other,” said McMartin, who is majoring in Psychology and Business at UC Irvine.