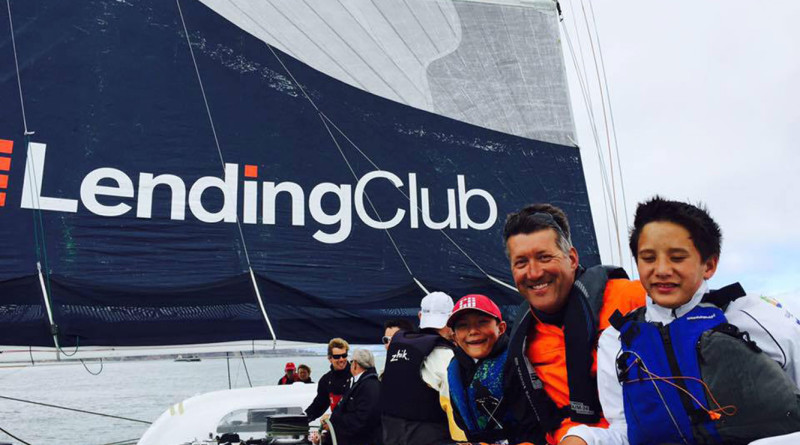 LONG BEACH — John Sangmeister and his Tritium Racing Crew arrived at Hawaii’s Diamond Head in 2013 ahead of the pack but a little more than two hours shy of the Transpac sailing race’s fastest time. Sangmeister is preparing for another victory in this year’s Pt. Fermin-to-Hawaii race.

In 2013, the team finished the Transpac race in five days, 11 hours, 52 minutes and 33 seconds. It was too early to make predictions or set specific goals when Sangmeister, who owns Gladstone’s in Long Beach, spoke with The Log earlier this month. Weather and sailing conditions will dictate if the sailor and his crew can pursue a record finish in this month’s race, but Sangmeister is making every preparation possible to complete his fifth race and eighth crossing aboard a Turbo Santa Cruz 70.

“You can feel in the air, the weather is tropical. We’re not confident in any weather forecast until 48 hours before,” said Sangmeister, adding he is planning for a light sail.

Sangmeister and his team also altered the Santa Cruz 70, OEX (short for Orient Express), to withstand any floating debris en route to Diamond Head. The Tritium Racing Crew had to navigate through debris floating east from the 2011 Japan tsunami during the 2013 Transpac race; Sangmeister said the debris slowed down his team just enough to fall short in its quest to establish the fastest finish time in 2013.

“We’ve made some changes to our boat to anticipate scattered debris in the ocean,” Sangmeister said.

Of course, all bets are off if a hurricane develops off the Mexican coast and travels toward the race.

Still, Sangmeister, who heads west to Hawaii from Pt. Fermin on July 18, believes he has a team capable of sustaining past success.

“It’s a seasoned crew. I’m really thrilled to have sailed with most of this group. Most of us have sailed together on the Cabo race,” said Sangmeister, adding he’s raced or sailed with each crewmember at least once.

The sailor hopes to make landfall in Diamond Head within a few days of leaving Pt. Fermin.

He added a daily dose of beautiful sunsets and indigo blue waters along the way help make the journey all the more enjoyable.

Sangmeister, himself, enhances his Transpac experience by making the sailing race a family affair. His wife has participated. Three generations of Sangmeisters could be sailing the Transpac race in 2017 as the sailor’s sons could be participating in the race with their father and grandfather.

This year’s Transpac race began on July 13 and continues through July 31. There are 61 teams participating in the race, which covers 2,225 nautical miles between Los Angeles and Honolulu. For more information, visit transpacyc.com.

One thought on “Sailing Spotlight on John Sangmeister”