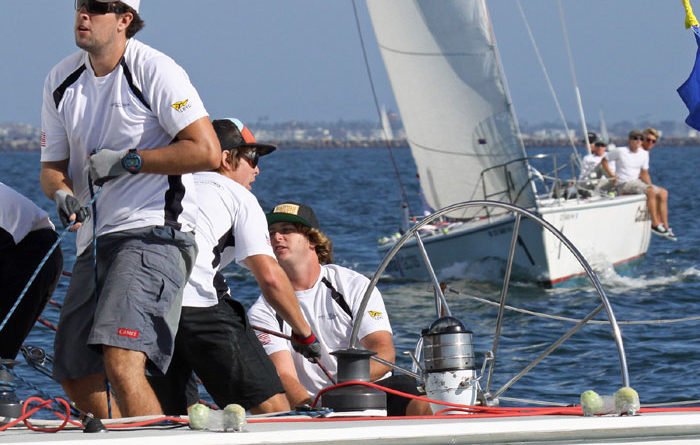 LONG BEACH — A group of eight Catalina 37s will be competing against each other in this year’s Butler Cup, held Nov. 3-4 at Long Beach Yacht Club. The regatta’s winner will earn an invitation to the 2018 California Dreamin’ Series. This year’s regatta qualifies as a World Series Grade 4 rating, according to organizers.

The Butler Cup is open to members of yacht clubs or sailing association recognized by U.S. Sailing. Only the first eight registrants are entered into the regatta – all others who sign up afterwards are placed on a wait list.

Sailors and their crew will take a windward-leeward course, with starboard finishing downwind, according to the Notice of Race. A double round robin format will be used for all racing.

The highest-placing skipper from Long Beach YC will receive an invitation to the 2018 World Series Grade 2 Flicker Cup.

The regatta had entries from San Diego, Long Beach and Santa Cruz yacht clubs as of press time.

The Butler Cup is named after Frank Butler, the Catalina Yachts founder who designed, built and donated 11 Catalina 37s for all match races at Long Beach YC.

Long Beach YC’s only other regatta for the remainder of 2017 is the Cal 20 Fun Run, scheduled for Dec. 9.