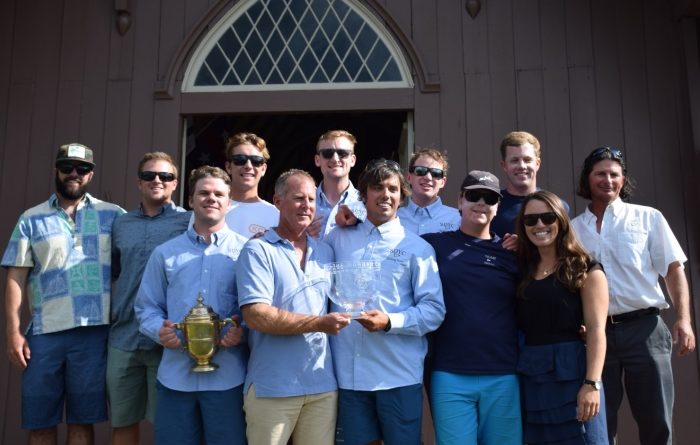 This year’s invitational regatta featured 10 teams competing for the Morgan Cup, including three from California.

St. Francis YC finished the regatta in third, with Yale Corinithian YC rounding out the Top 4.

The next five regattas belonged to New York YC, but Seawanhaka Corinthian responded with a streak of three consecutive Morgan Cup wins in 2010, 2011 and 2012. New York YC would own the Morgan Cup in 2013 and 2015, but the trophy has been in Southern California three times in the past four years, thanks to San Diego YC’s back-to-back wins and Newport Harbor YC’s victory in 2014.