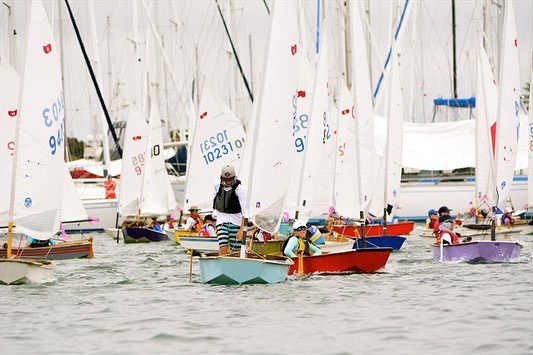 Covid-19 forces sailing event to now be held on Aug. 14, the club announced.

SAN DIEGO—Here we are several months into the global pandemic associated with Covid-19, and yacht clubs are still announcing cancelations or postponements. The latest postponement: the annual Dutch Shoe Marathon.

San Diego Yacht Club, in a June 12 post on Facebook, announced the Dutch Shoe Marathon will now be held on Aug. 14.

“To ensure the best possible event, the annual Dutch Shoe Marathon has been postponed to Friday, August 14,” the Facebook post stated.

The Dutch Shoe Marathon is one of Southern California’s largest regattas, with hundreds of junior and senior sailors sailing the length of San Diego Bay for hours. It debuted in 1973 and was named after the design of the mainsail featured on competing boats. (The mainsail resembles a Dutch clog.)