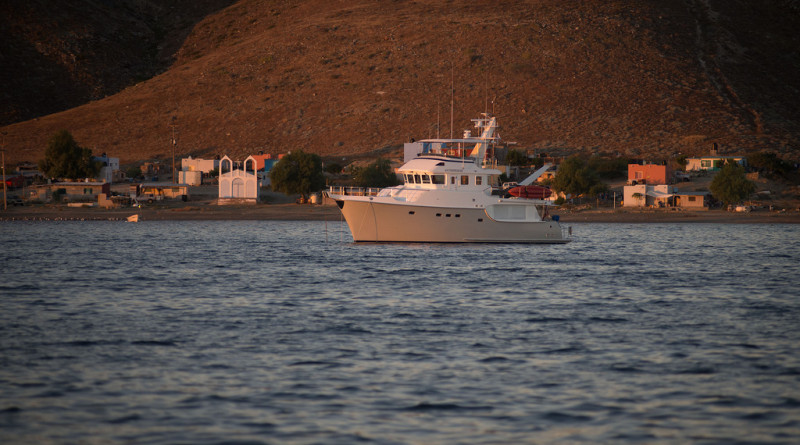 SAN DIEGO — November might still be several months away but it’s not too early to start thinking about this year’s Cruise Underway to Baja Rally, or CUBAR – the 12-day, 900-mile cruise from San Diego to La Paz, Mexico.

The 2017 iteration of CUBAR returns after its standard two-year break, with first sail set for Nov. 7. Cruisers will continue to the southern tip of Baja California before turning into the Sea of Cortez and heading north toward La Paz.

Cruisers are expected to arrive at La Paz on Nov. 19, but not before stopping at nearly a half dozen ports along the way. Stops include Ensenada, Turtle Bay, Magdalena Bay and San Jose del Cabo. There are opportunities to visit each city and take in the sites. Possible activities on deck for this year’s cruise might include a Guadalupe Wine Valley tour, San Jose del Cabo Art Walk, gourmet dining at Flora Farms or cooking classes in La Paz.

San Diego Yacht Club, which became the permanent host of the cruising event in 2015, will be hosting a kick-off dinner and meeting for interested cruisers on May 25. Reservations for the dinner and meeting, which is $28 per person, must be made online.

The cruise was previously known as FUBAR (Fleet Underway to Baja Rally), but was changed to CUBAR when San Diego YC took over the reigns.

Nearly four-dozen boats registered in the 2015 CUBAR event, with 42 of them departing from San Diego. The smallest boat measured 29 feet in size, with the largest vessel topping 80 feet in length.

A majority of cruisers were aboard vessels in the 45- to 55-foot range and manufactured between 1982 and 2015, according to organizers.

“The best thing about CUBAR is that all the organizational activities are handled by the committee which includes getting everyone thru Mexican Customs and Immigration, selecting anchorages to accommodate a large group, coordinating slip assignments along the way, fuel coordination, weather routing services and last, but not least, providing hosted dinner and beach parties along the way,” Chuck Dahill, chair of this year’s CUBAR event, said. “In addition, there are 2-3 days of training classes provided, which cover everything from safety at sea, first aid, navigation, communications, provisioning, insurance requirements and things to do once you arrive in Mexico.

“This doesn’t mean the captains have nothing to do as there is work in getting their boats ready for the nearly 900-mile cruise,” Cahill continued.

“The underlying principal of CUBAR is to provide the support necessary for those that have limited or no boating experience in Mexico,” organizers stated. “It is open to anyone with a powerboat that has a minimum range of 450 miles at approximately 8 knots. However, this event is not for someone who has never boated before, left the bay or been in [his or her] engine room.”

CUBAR also raises funds for San Diego YC’s junior program. The event raised nearly $60,000 for the program, which is open to all juniors in San Diego, in 2015.

Visit cubar.org for more information about the May 25 dinner meeting or to join the interest list.