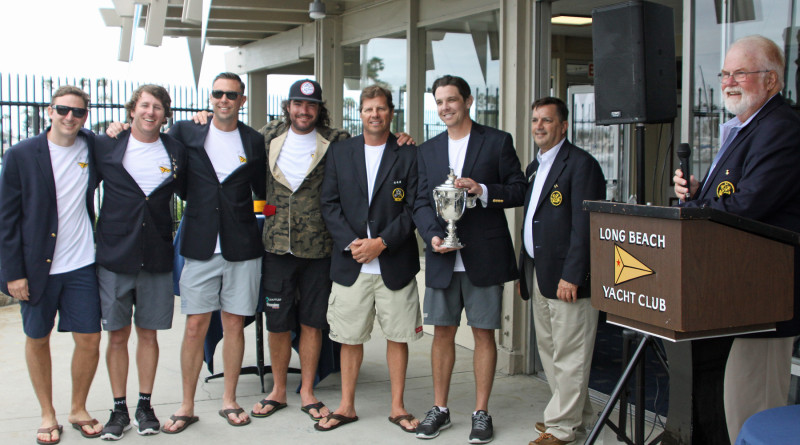 Long Beach YC won the trophy in the Bay Area in 2014, and for the last three years has continued to proudly display it in their clubhouse in a prominent place of pride.

Raced on the Long Beach Sailing Foundation’s Catalina 37s, the forecasted solid wind faltered after the first two races, and the race committee briefly postponed racing before continuing with a southerly 6-8 knots of breeze.

“It all starts with who is on your team,” Young said. “All I did was turn the wheel.”

Created in 1895, the beautiful sterling silver San Francisco Perpetual Challenge Trophy is fought for on the water every year between San Francisco Bay Area and West Coast clubs outside of the area, alternating in even-numbered and odd-numbered years.

The San Francisco Yacht Club and The Corinthian Yacht Club jointly maintain a deed of trust which, among other areas relating to the trophy, sets forth the terms of regattas to be raced. It states that professional sailors are not allowed and all crew members must have been a member in good standing of their yacht club for at least six months.