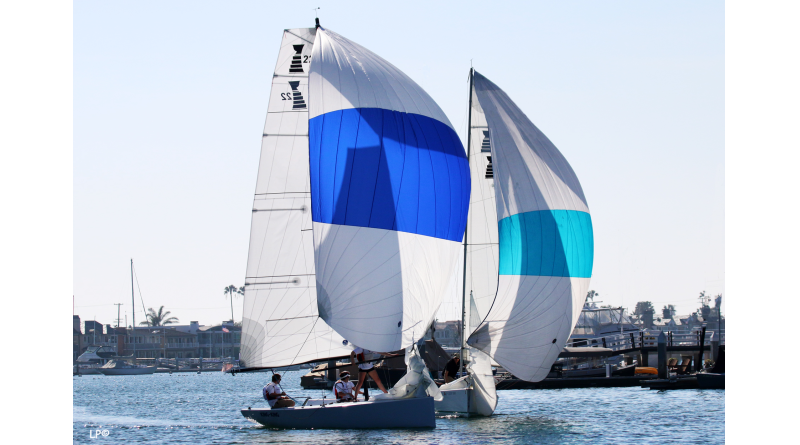 Full roster of competitors is shaping up as prestigious regatta returns to Newport Beach, July 15-20.

NEWPORT BEACH—The roster for the 53rd Governor’s Cup – or GovCup – has essentially taken shape, as the invite-only regatta will feature skippers from the United States, New Zealand and a few other countries. Festivities kick off in Newport Beach on July 15 and continue through July 21.

Also invited to the GovCup were Mans Holmberg (Sweden), Jeepe Borch (Denmark), Finn Tapper (Australia) and Matt Whitfield (United Kingdom). Clare Costanzo of Australia was selected as the first alternate; Costanzo would race in the event someone else would not be able to compete.

The winner of the Rose Cup in San Diego also earns an automatic invitation to the GovCup; competition at the Rose Cup wraps up on June 30.

All competitors will race in GovCup 22 sloops, which were first used in the 50th running of this regatta. The sloops were designed by Alan Andrews, Balboa YC’s Commodore, and built by Westerly Marine.

“They feature a ‘flat top’ mainsail, masthead spinnaker, modern ‘T’ keel and an ‘all up’ weight of only 1470 pounds (666 kilograms),” a Balboa YC spokesperson said about the GovCup 22 sloops in a released statement.

A welcome party will be held on July 15, followed by double round robin racing, July 16-18. The top four teams advance to the knockout semifinal round on July 19, with the championship match scheduled for July 20.

Fans can watch the regatta on GovCup TV, a live-stream service on the internet. Racing will take place on the Pacific Ocean, just west of Newport Beach.

Contact Susan Kenney at 949-294-2054 or susankenney9094@gmail.com for more information about the GovCup, which is an International Youth Match Racing Championship event. Questions can also be directed to Balboa YC’s sailing director, Becky Lenart, at 949-673-3515, extension 133 or sailing@balboayachtclub.com.