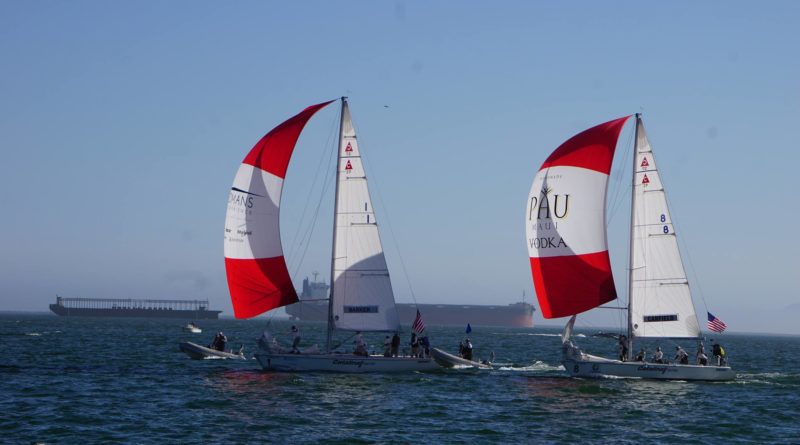 LONG BEACH, California—Six skippers from five countries will compete against each other in the upcoming Long Beach Yacht Club Congressional Cup regatta, which returns to Southern California during the first week of April. Ian Williams (Great Britain) and Johnie Berntsson (Sweden) will face off against newcomers Will Boulden (Australia), Nick Egnot-Johnson (New Zealand) and Niklas Dackhammer (Sweden), April 3-7.

Also competing in this year’s Congressional Cup is Scott Dickson (U.S.A.), a 13-time Ficker Cup winner. More skippers can still be named to the regatta, which will enter its 55th running this year.

The winner of the Congressional Cup earns the right to wear the Crimson Blazer – similar to the green jacket prize at the Masters Tournament.

Williams (2017) and Berntsson (2009) are both former Congressional Cup champions; Williams is the world’s top-ranked sailor.

The complete roster of Congressional Cup skippers will be finalized in the next few weeks, with two to be named and two more to qualify via this year’s Ficker Cup (March 29-31).

Long Beach Yacht Club founded the Congressional Cup in 1965; the regatta features teams competing in Catalina 37 keelboats. Spectators take in the action at Long Beach’s Belmont Veterans Memorial Pier; matches are held near the pier between 11:30 a.m. and 5 p.m., daily.

Editor’s Note: The print version of this article incorrectly identified Ian Williams as Ian Wilson. His name has been corrected here. We apologize for the error.

One thought on “Skippers named for 2019 Congressional Cup”