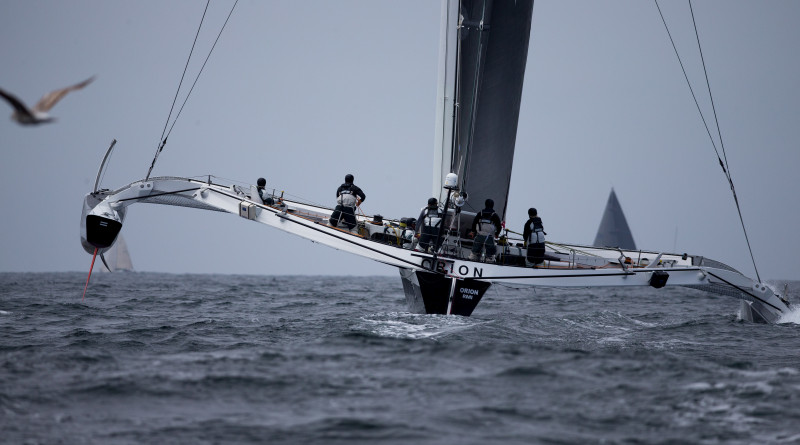 SAN DIEGO — New for this year, the 2016 California Offshore Race Week featured the combined forces of five yacht clubs along the California coast to produce a weeklong schedule of races in a tour covering almost 600 miles of the California Coast line. The race brought together the Spinnaker Cup, Coastal Cup and SoCal 300 from May 27 – June 5. In between races the boats had enough layover time in each port to make modifications to their boats for the next legs, participate in beer can races, return to work or just meet up with friends and family.

The race started in Santa Barbara with about 2-4 knots of wind, which stayed light until boats were able to clear the Santa Cruz Channel where there was slightly more pressure, but nothing significant.

Bill Helvestine and his crew on Deception spent longer on the water than they expected to. Trapped in the lee between the two Santa Cruz Islands, “We made the decision to put our anchor down at one point because we weren’t certain where the currents would take us. We didn’t want to hit a rocky point and be forced to turn the engine on. So we dropped anchor next to a Cal40, which looked like a complete ghost ship in the distance because of the fog.”

HL Enloe’s Orma 60, Mighty Merloe, was the first boat to finish after about 23 hours and 13 minutes, as the lone trimaran to compete in the SoCal 300.

Runaway (Andrews 70), Kokopelli II (SC 52) and Numbers (Taylor/Goetz 49) were the winners of the monohull classes A, C and D respectively.

Mike Price’s ODay 39, Peacemaker, led the class E boats to the finish line. He and Ed Sanford’s J/105, Creative, battled their way around the 255 nautical mile course hardly more than sight distance apart for the majority of the race.

Full race results can be found at offshoreraceweek.com.