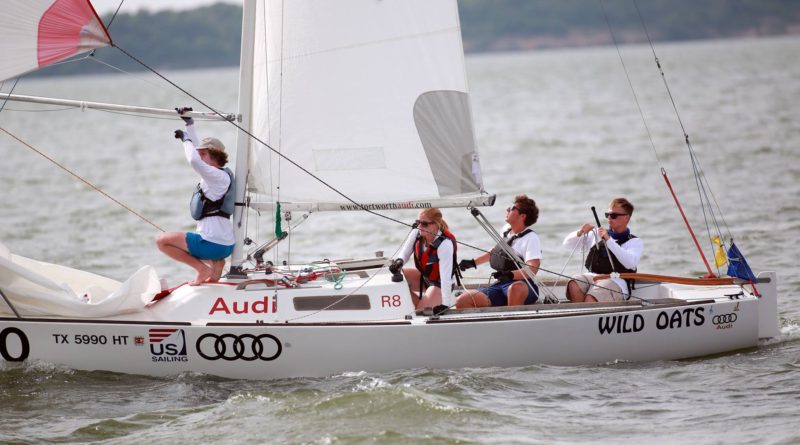 FORT WORTH, Texas — A Balboa Yacht Club sailing team skippered by Corona Del Mar’s David Wood finished atop the leader board at the 2017 U.S. Youth Match Racing Championship at Fort Worth Boat Club. The racing series, which netted the winning team a Rose Cup trophy, was held June 14-18 in Fort Worth, Texas.

Wood’s Orange County based team capped off the five-day racing series with a come-from-behind win to claim the race’s Rose Cup. His teammates were Max Brennan of Newport Beach, Jeffery Petersen of Santa Ana and Catherine Reynolds of Costa Mesa.

The winning team actually started in the middle of the pack during the first stage’s round robin competition. Wood and his crew, however, began making up ground in the knock out stage, defeating a team helmed by San Diego’s Jack Reiter, 3-0, on June 17.

Complete results can be viewed on the U.S. Sailing or Regatta Network website.