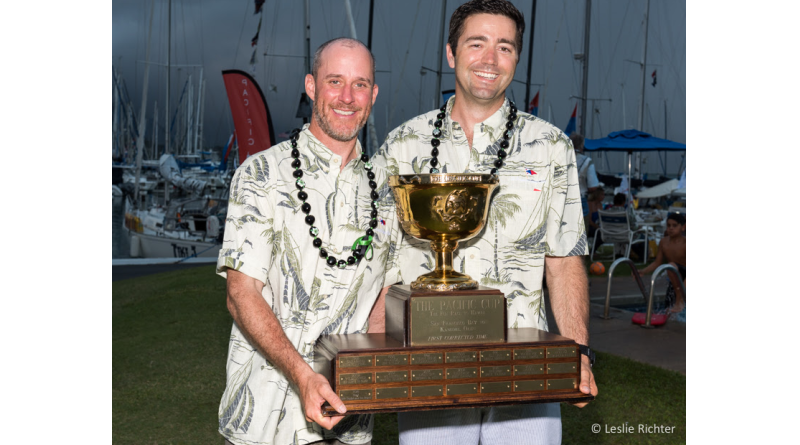 Kaneohe, HI — The 2016 Pacific Cup will be remembered for the big wind and seas that challenged some racers with broken boats and bodies, but pushed many in the fleet to record breaking passages in late July.

Placing first in the Alaska Airlines Division (PHRF C) was San Pedro’s Shawn Ivie’s Express 37 Limitless, which also placed fourth in PHRF and fourth in the overall Pacific Cup. The division included three other Express 37s, but second went to the Farr 36 Sweet Okole who was in a tight race with Limitless for much of the crossing. Limitless was also awarded the Carl Schumacher Trophy for best performance by a Schumacher-designed boat.

More information about the 2016 Pacific Cup can be found at PacificCup.org.