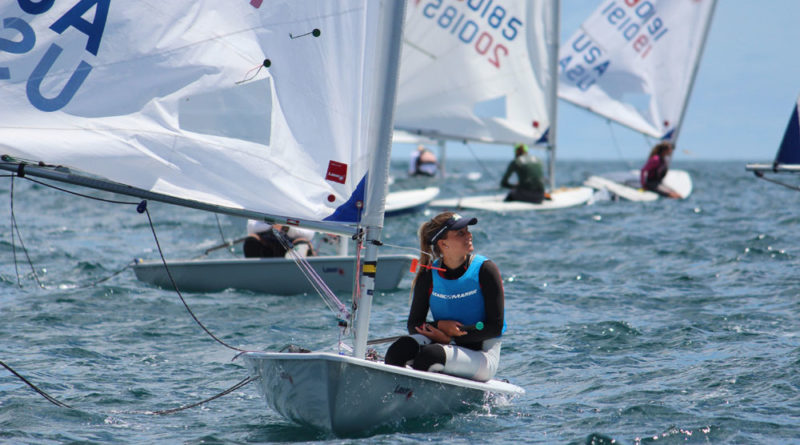 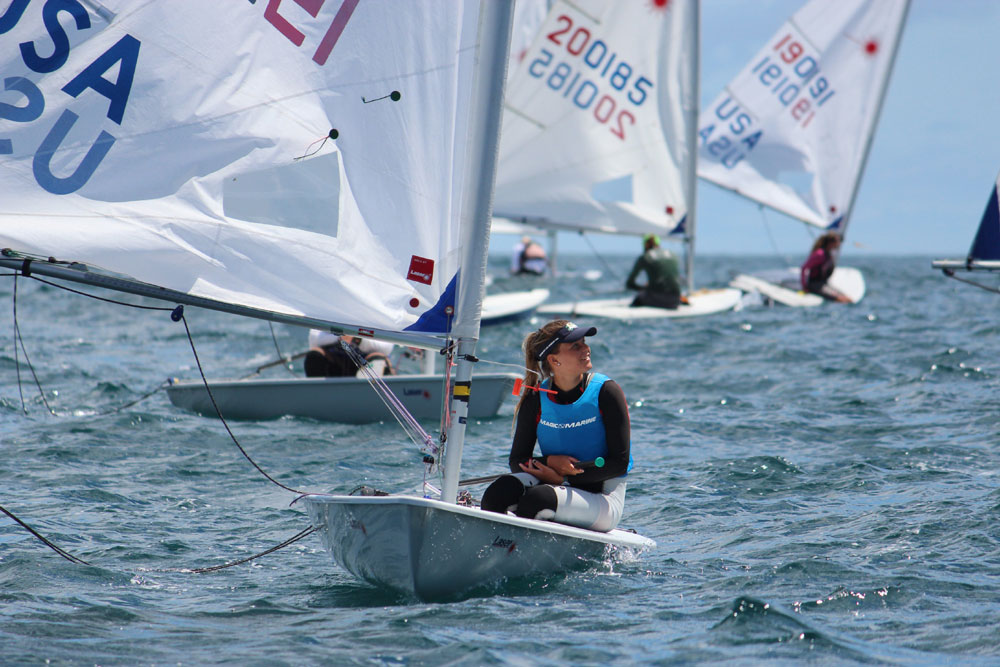 Beginning with the July 18 first set of races, Reineke asserted herself on the race course and on the leaderboard early on in the championship. By posting bullets in each of the four races, she took a 12-point lead into Saturday, July 19. Reineke won two of four races on July 19 to increase her lead over the competitive field of 33 Laser Radial sailors. She entered the Sunday, July 20 racing with a 16-point advantage and cruised to victory. With two races remaining in the championship, Reineke refused to sit back for average results on Sunday. She won Race 9 to start the day and finished third in Race 10 to close out the championship. She won seven of 10 races.

“I didn’t have really good starts, so I needed to make sure I found the shifts,”  said Reineke. “It was a little tricky, but I paid attention to the wind in the pre-race and that paid off. This event was a lot of fun and the coaches were great. There were all types of different conditions, from light to really windy.”

A nice sea breeze settled in for the sailors on July 20 including breeze at 8 to 12 knots for most of the day.

The top three boats qualified for early acceptance to the 2015 U.S. Youth Championships, hosted by Eastern Yacht Club (Mass.), which is a qualifier for the 2015 ISAF Youth World Championships, provided they meet the eligibility criteria and submit an application. Prizes included U.S. Sailing Championship medals, the Nancy Leiter Clagett Memorial Trophy and more.