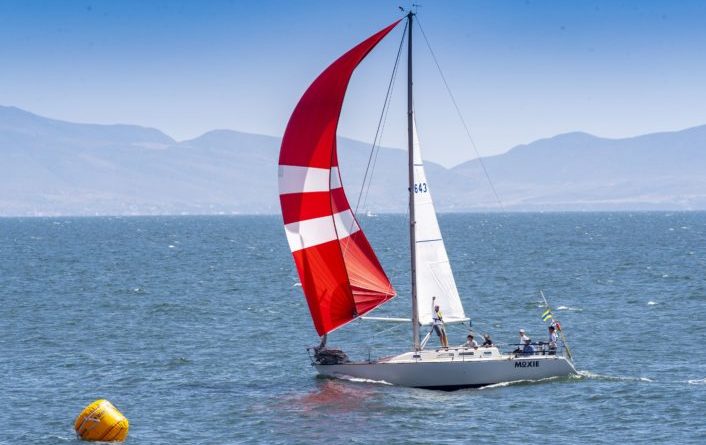 The Newport to Ensenada Race was one of the sailing events postponed due to COVID-19. (NOSA photo)

Regattas and opening days scheduled for March and April are taken off calendar because of Coronavirus pandemic.

SOUTHERN CALIFORNIA—March and April are generally the two months Southern California’s yacht clubs experience a sudden burst of activities, what with regattas, opening days, junior sailing and other events picking up frequency. Days become warmer and longer during the next few months, allowing for a myriad of sailing activities for the next few months.

This third decade of the second millennium is unlike any other, however, as COVID-19 (aka Coronavirus) has forced yacht clubs to significantly alter their respective operations – and it’s not just opening days and regattas that are affected.

What follows is a partial report of yacht club services, events and offerings canceled or postponed because of the Coronavirus pandemic.

San Diego Yacht Club, for example, shut down its clubhouse, fitness center, dining services, waterfront office and catering. Opening Day festivities were postponed indefinitely, regattas off calendar until further notice and after school sailing canceled through at least the end of March.

Cortez Racing Association intends to host the Gerry Browne Regatta on April 18, but the after-race party has been canceled. The leadership of CRA will continue to monitor the COVID-19 situation and update racers whether the Gerry Browne Regatta will still continue as planned on April 18. A March seminar on the rules of sailboat racing was also canceled.

Southwestern Yacht Club stated its Opening Day ceremonies would likely be postponed, with a final decision to be made by April 15.

“The marina is open. Please be aware of social distancing,” Southwestern YC staff said on a Facebook post. “Laundry facility and Annex Building will remain open.”

Newport Beach Yacht Club was closed through March 31. The club, like many others, offered curbside/take-out menu service for its members. No word yet on whether Newport Beach YC’s Opening Day festivities would be canceled or postponed.

“The club will remain closed until April 19, 2020, [when] the situation will get re-evaluated and a determination made whether to reopen or extend the closure,” Huntington Harbour YC staff stated on a Facebook post.

Newport Harbor Yacht Club, meanwhile, postponed or canceled all events it had schedule for April and the beginning of May. The clubhouse is closed but members were provided with meals and provisions on a to-go basis between Wednesday and Sunday, each week during the quarantine.

The Newport to Ensenada Race has also been postponed.

This year’s Congressional Cup, one of the largest sailing events put on by Long Beach Yacht Club, has been postponed. The club’s Opening Day, which was set for March 28, was also take off calendar. No word yet whether Opening Day 2020 will be rescheduled or canceled altogether.

The Alamitos Bay Sailing Foundation fundraiser dinner, which was to take place March 14, was postponed to May 16 – though the event could be rescheduled again, depending on when social gatherings are allowed to move forward as planned.

Los Angeles Yacht Club canceled the Griffith Race due to COVID-19, it was announced on Facebook last month. All club activities were put on hold through at least April 6, potentially later.

King Harbor Yacht Club stated its clubhouse would remain dark through April 19. The club’s leadership added it would make every effort to take care of its employees.

“Our manager has been given discretion by the board to utilize employees any way possible,” King Harbor YC Commodore Lee Coller stated in a letter to club membership. “Thanks to several years of near-full membership, we are in the fortunate position of being able to continue paying our staff with no plans for furloughs or layoffs.”

Channel Islands Yacht Club, also in Oxnard, announced its bar would be closed until April 21. No events were on the Channel Islands YC calendar from March 18 to April 20. The club’s Open House event, scheduled for April 26, is still on calendar.

Santa Barbara Yacht Club did not publish any formal announcements on its website or social media accounts about its COVID-19 response.