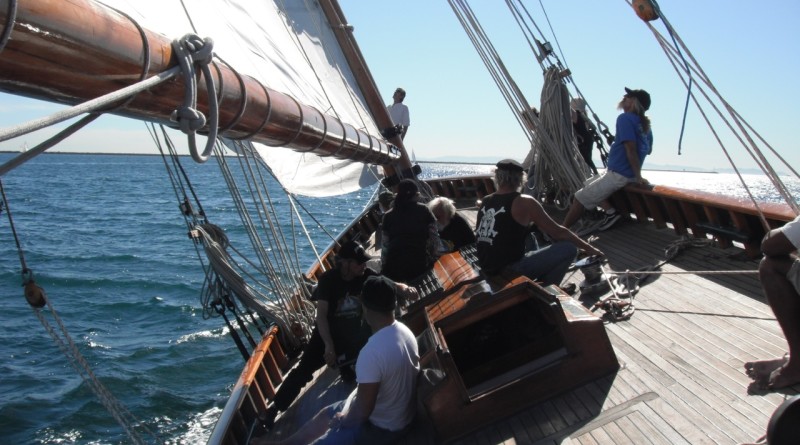 The race, hosted by Los Angeles Yacht Club and Wooden Hull Yacht Club, welcomed all wooden hulled boats to compete in the longstanding regatta. The event is named for Ray Wallace, former Wooden Hull YC commodore and life member who was a well known designer of all things mechanical and an artist and illustrator, according to the club.

Mild Santa Ana’s were forecast and the total lack of wind almost provoked a non-start and shades of the 2011 race in which only one boat finished; however, the winds gradually filled after the noon start and built to 12 to 15 knots by the time most vessels finished the 13.5-nautical-mile course.

Spartan, Tom Zetlmaier’s Phillip Rhodes 40-foot sloop, won the overall prize, but the real thrills came during the battle for second. Bloodhound and Antares, Steve Guilford’s Kettenberg 40, were on a collision course at the pin end of the finish line, with Antares finally giving way to the on-starboard Bloodhound. Antares spun away at the last minute and wound up fourth as Manukai snuck in to get third.