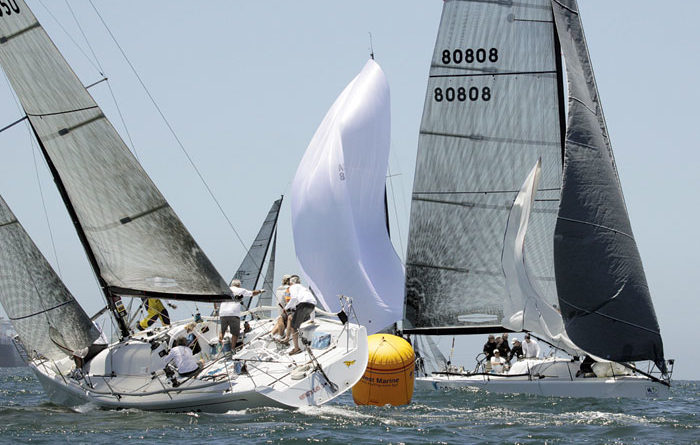 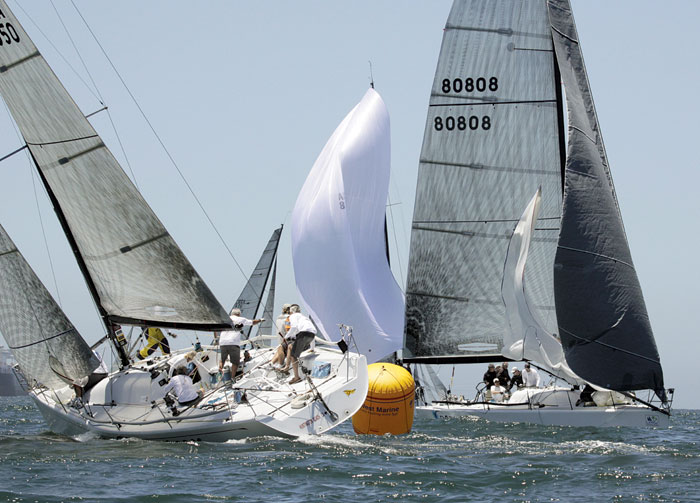 LONG BEACH — The “stars” were out under a clear blue sky for Ullman Sails Long Beach Race Week June 22-24, but please don’t ask skipper Jeff Janov for his autograph.

Janov’s Dark Star dominated the Farr 40 class with six wins in seven races, and the humble skipper from Malibu was almost happy to surrender the glare of a sweep with a lone loss to Ray Godwin’s Temptress in the first of the two windup races June 24.

“They sailed really well,” Janov said of his Long Beach rival. “This fleet is really tough. Anytime you do well, it’s very rewarding.”

Then there was Jim Sears, co-host of the daily television show “The Doctors,” who won the 15-boat Viper class. He had to make a hard choice between skipping a couple of races June 23 or attending the Daytime Emmy Awards affair in Hollywood that night. He found a substitute skipper and attended the Emmys, seeing as how he was nominated for two of them.

“We won the regatta, but lost the Emmy to Regis Philbin,” Sears said.

Sears has been sailing a Viper for only a year, finishing seventh at last year’s Long Beach Race Week.

Gladstone’s, the only multihull among 133 boats in 15 classes, won the Random Leg A-class title and outdid the horse named I’ll Have Another by scoring sailing’s version of the Triple Crown. Rather than retiring to the barn after two runaway wins, the Morelli ProSail 40 catamaran returned June 24 in winds that followed the pattern of the three-day weekend: light to moderate early and building into the mid- to upper teens by mid-afternoon.

Bob Lane — whose Andrews 63, Medicine Man, finished second in Random Leg with a 2-3-2 scoreline — said that on Saturday, “we led (Gladstone’s) at the last mark (8.5 miles south off Newport Beach), but then they just blew away from us.”

Janov and others were pleased with the breeze.

“We love Long Beach,” he said, voicing the common theme.

Surber, from Coronado Yacht Club, said, “It’s the best sailing in Southern California. That’s why we come up here.”

“It was a very nice weekend,” Janov said. “The crew work was spectacular, and they liked the conditions.”

Godwin — whose Temptress finished third overall behind Viva La Vida, co-skippered by Jeff Shaw and Bill Durant — said, “We had a good start. There had been some pretty bad ones. But the crew was great, and we had a good tactician in Dave Millett.Best of all, the whole weekend was back up to ‘Long Beach weather’ after a couple of off years.”