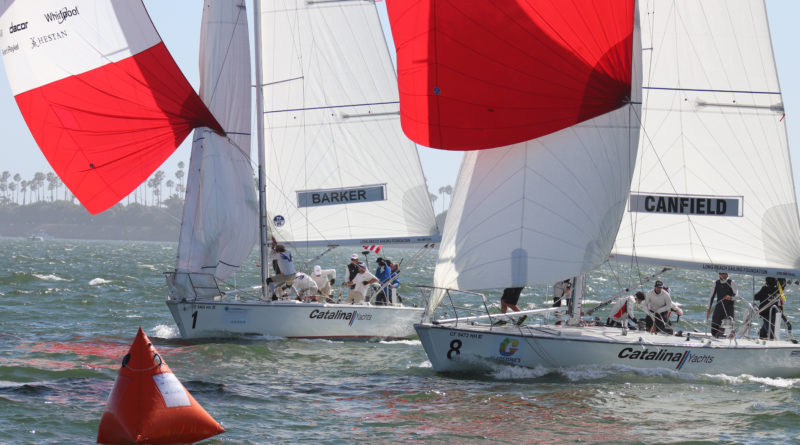 LONG BEACH — Taylor Canfield and Team US One topped the winner’s list at the 2018 Congressional Cup in Long Beach. Canfield finished ahead of Dean Barker and Team American Magic at the World Sailing Grade One Regatta held April 18-22 at Long Beach Yacht Club.

The winner of the Congressional Cup is awarded the coveted Crimson Blazer – similar in status to golfing’s Masters Green Jacket. Team US One, in addition to the trophy, received $16,000 in prize money.

The Congressional Cup was established by Long Beach YC in 1965 and is recognized as the “grandfather” of match racing, pioneering the concept of on-the- water umpiring 30 years ago.

Visit www.thecongressionalcup.com for a full report and complete results.