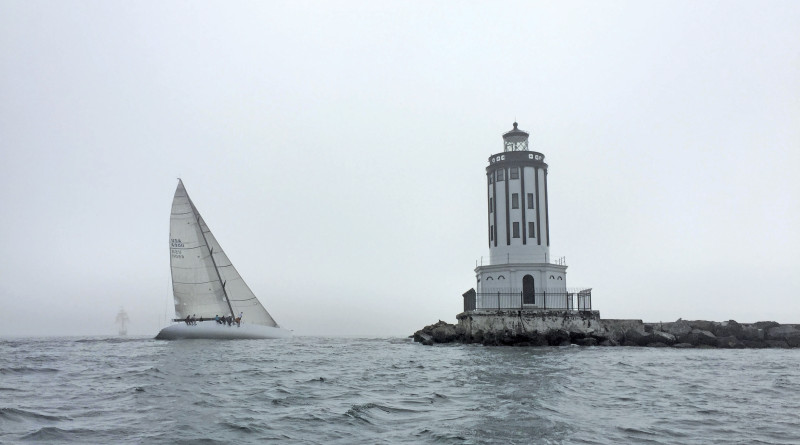 Nonstop race around Catalina is scheduled for Feb. 4 and 5.

The last time a boat sank was in 1969, back when the race was called the Whitney/Times/Bogart Series.

“A Coast Guard helicopter delivered a crew of five sailors to the Isthmus, after rescuing them from their Trimaran, which capsized and later sank on the back side of the island,” according to Damon Guizot, who was studying at USC’s Santa Catalina Marine Biological Laboratory at the time. The crew from the sinking Trimaran stayed overnight at the Isthmus and took the ferry back to the mainland the following day.

“The existing elapsed time record for a fixed ballast monohull was set in 2014 by Margaritaville, an Andrews 52. The circumnavigation took 8:18:01,” Guizot, who skippered and chartered the boat that year, stated.

In 2015, a Wyoming sailing crew took a different approach than the other boats by sailing up the coast before proceeding to Catalina, where they stalled with no wind. They completed the race feeling defeated and returning their boat to Marina del Rey without stopping at the Los Angeles Yacht Club, only to find out they had actually won Division A of the race 2.5 hours ahead of the other boats.

As of Jan. 6, there are two other boats registered to compete in the PHRF division. Participating yachts must have a current Southern California PHRF handicap.

Registration must be completed by 6 p.m. on Feb. 2. The fee to enter the race is $80 and must include a current PHRF certificate.

For more information and all the rules on the race, go to LAYC.org.