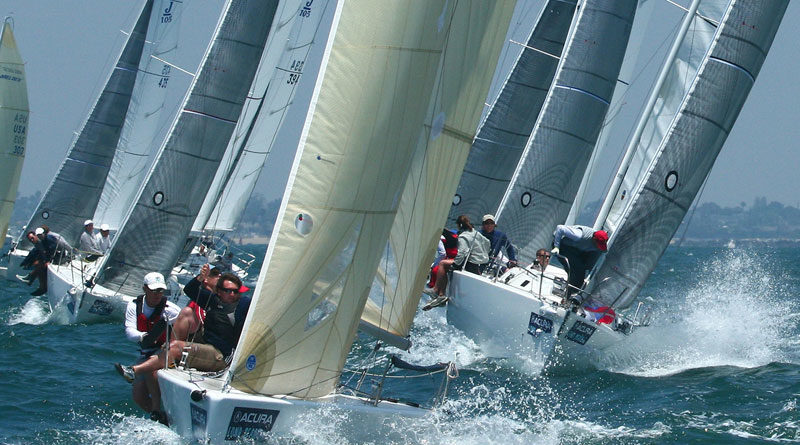 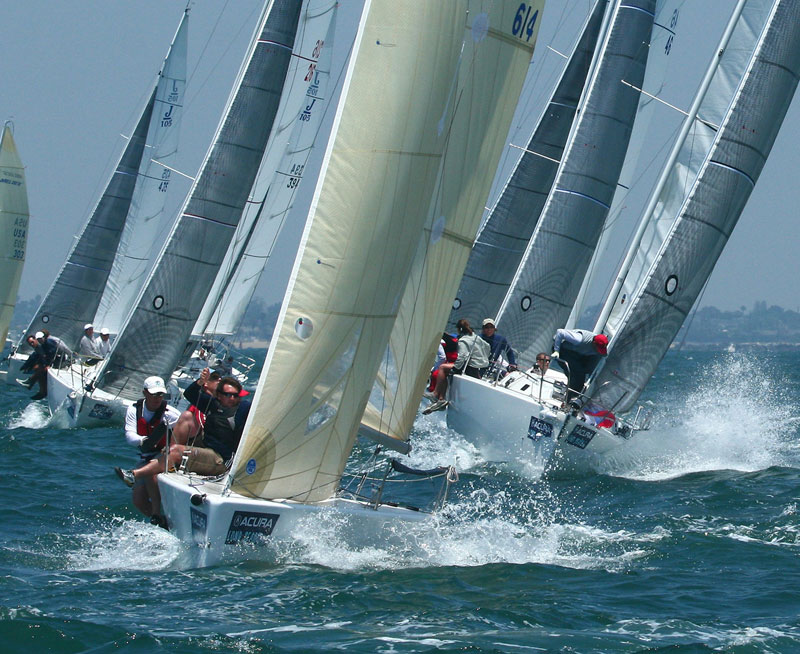 LONG BEACH — Looking forward to shorts, T-shirts and the first weekend of summer? Mark June 22-24 on your calendar, which leaves you only about three months to collect a crew, shop for sails and get your boat ready to “Race With the Champions” in this year’s Ullman Sails Long Beach Race Week. Entries are now open for the West Coast’s largest keelboat regatta.

The organizers, Long Beach Yacht Club and Alamitos Bay Yacht Club, hosted 150 boats in 15 one-design and PHRF classes last year. They expect to top that in 2012, with three days of racing on three windward-leeward courses inside and outside the Long Beach Harbor breakwater.

For those who prefer longer offshore adventures with changing scenery and only one race a day, there’s a Random Leg fleet — won last year by David O. Team’s Rebel Yell, a Transpac 52 from Newport Harbor YC. The win also was good for PHRF Boat of the Week honors and a $1,000 Precision Swiss Time watch.

True to the event’s tradition, there will be parties every night at this year’s event, with free transportation via the Big Red Bus between Long Beach YC and Alamitos Bay YC.

This year, Long Beach Race Week is associated with the Sailors for the Sea program for Clean Regattas. Sailors for the Sea, based in Newport, R.I., is a nonprofit ocean conservation organization focused on the sailing and boating community. Its program assists and certifies yacht clubs and regatta organizers in providing clean events that minimize any environmental impact on the ocean.

Long Beach Race Week’s slogan, “Race With the Champions,” is especially appropriate. This year’s Race Week will serve as the national championship for Catalina 37s (chartered from Long Beach Sailing Foundation) and Olson 30s; the West Coast championship for Farr 40s and J/29s; the Pacific Coast Championship for Open 5.70s; the Southern California championship for Beneteau 36.7s; and part of the SoCal High-Point series for J/80s, J/105s, J/109s and J/120s, along with the Cal 25 Carl Kindrich Challenge Cup.

Trophies, anyone? There are more.

Last year, the Kent/Golison Family Trophy was won by Steve Wyman’s J/80 crew on Nununu from Dana Point YC. Wyman sailed with offspring Dana and Sarah on board.

David Anderson and Neil Martin received the farthest-travel award for coming to the event from the United Kingdom to charter a Catalina 37.

“I was here as a goodwill ambassador to get people up to speed for the (Farr 30) Worlds in San Francisco in September,” Demourkas said.

She won that, too, and then a nomination for America’s Rolex Yachtswoman of the Year.

Long Beach’s Gary Mozer also collected a watch with his J/105 Current Obsession as One-Design Boat of the Week, for winning a tough class on a tiebreaker.

The comeback win of the weekend was by California YC’s Jerome Sammarcelli, who won the largest class in his Open 5.70 by coming from nine points behind in the last two races Sunday.

But no one was more pleased — or relieved — than Dark Star’s Jeff Janov, who prevailed in Farr 40s with significant input from his tactician, whose name rang a bell: Dave Ullman.

For more information on this year’s Long Beach Race Week — or to register online — visit lbrw.org.