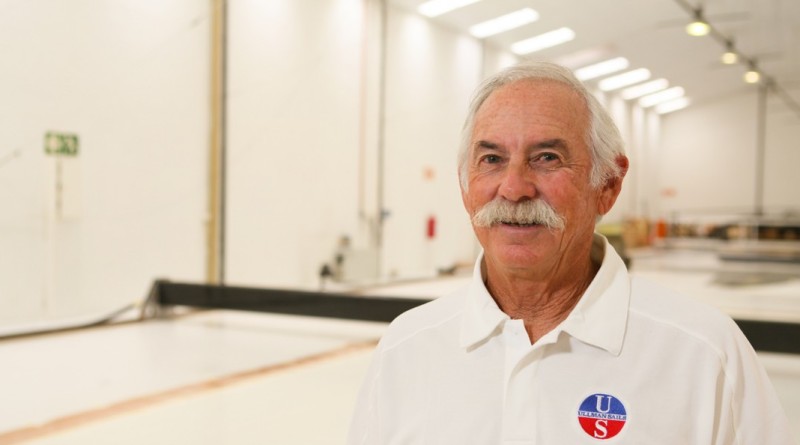 Dave Ullman, the founder of Ullman Sails, was inducted into the National Sailing Hall of Fame.

SAN FRANCISCO — The founder of Ullman Sails, a former Star World Championship winner and one-time America’s Cup skipper were inducted into the National Sailing Hall of Fame (NSHOF) on Oct. 30 at the St. Francis Yacht Club in San Francisco.

The three men — Malin Burnham of San Diego as well as Dave Ullman and Bill Ficker of Newport Beach — were among the nine people who made up NSHOF’s Class of 2016.

Inductee and Lifetime Achievement Award recipient Burnham, 88, became the youngest-ever winner of the Star World Championship, which he won at age 17 in 1944.

Burnham is probably best known for his decades-long involvement in the America’s Cup. In 1977, he was helmsman and skipper of Enterprise in the defender trials. Three years later, he sailed as helmsman of the trial-horse boat for Dennis Conner’s winning Freedom Campaign.

Burnham founded and served as president/CEO of the Sail America Foundation in 1987. The following year he chaired San Diego Yacht Club’s successful defense of the America’s Cup.

Ullman, who grew up in Southern California, said he knew at the age of 16 he would pursue sailing as a career. At age 21, he founded Ullman Sails.

Two Olympic campaigns in the 470 Class earned him three world championship titles in 1977, 1978 and 1980. By 1996, when he was honored as Rolex Yachtsman of the Year, he had added 28 national titles in nine classes to his resume.

Ficker had his first introduction to sailing in a Sabot racing program during the mid-1930s when his family began visiting Newport Beach.

In 1950, sailing his first Star, Ficker won the Southern California Yachting Association’s midwinter championship. His second place finish at the 1957 North American Championship was followed with a win of the 1958 Star World Championship.

After serving as tactician and co-helmsman on Columbia in the 1967 America’s Cup trials, Ficker went on to skipper Intrepid through its successful defense of the 1970 America’s Cup.

Ficker, 88, was represented at the induction by his daughter, Deon MacDonald.

The other inductees included: Ed Baird of St. Petersburg, Florida; Robert Johnstone of Newport, Rhode Island; and, Rodney Johnstone of Stonington, Connecticut. Posthumous awards were presented to Irving and Electa Johnson of Hadley, Massachusetts and Tom Perkins of Belvedere, California.

The nine new members inducted this year will join 48 individuals previously recognized by NSHOF for making a significant impact on the sport of sailing.

Nonprofit NSHOF is dedicated to preserving the history of sailing and honoring those who have made outstanding contributions to the sport.

(Releases from Associated Press and National Sailing Hall of Fame were used in this story.)