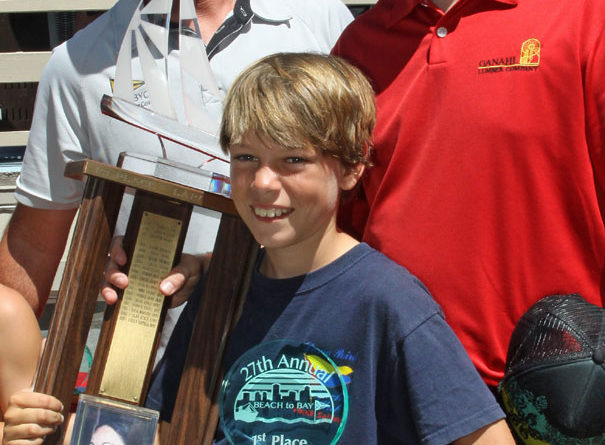 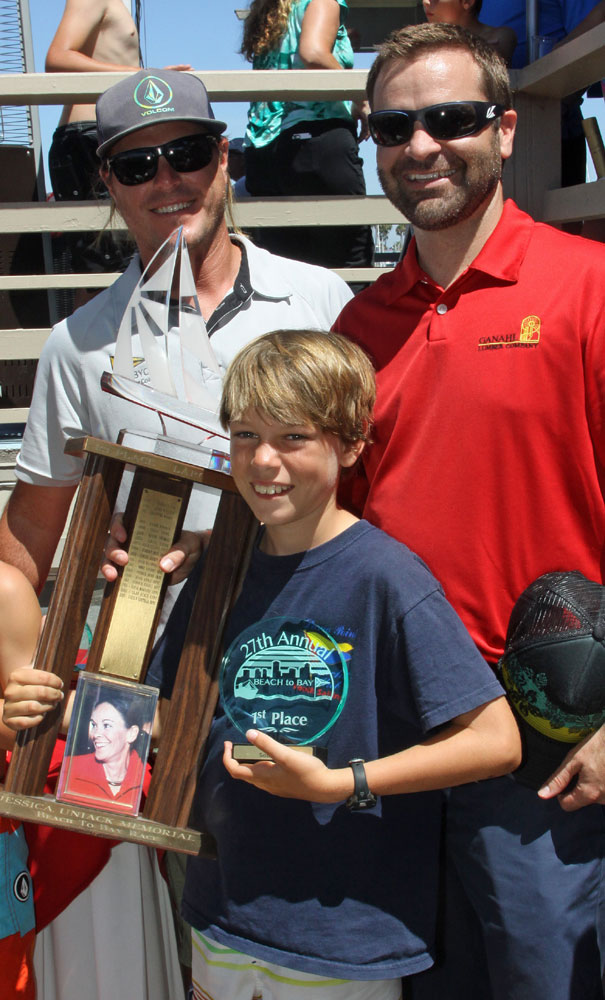 On a beautiful Southern California summer morning with a gentle breeze coming out of the southwest at 5-7 knots, 135 young sailors ranging in age from 7 to 16 set sail in Long Beach Harbor just off of the beach next to the city’s downtown Shoreline Marina.

The boats sailed southeast along the beach on the 5 mile course accompanied by coaches from all participating yacht clubs and the city of Long Beach Fire Department Lifeguards. Turning north into Alamitos Bay Channel they finished in front of Long Beach YC to cheers and support from family and friends.

This is the only junior sailing event of the year where the 8-foot-long Sabots ever venture out on the ocean.

The event is named for Jessica Uniack, a volunteer and supporter of junior sailing who died tragically in 1994. Her husband Bill and sons Billy and Alex carry on her work with the event that began in 1988 and was renamed in her honor in 1995.

Alex pitched in to help out on the finish line and handed out the hardware to top finishers in their respective classes.

“It’s great seeing that many participants,” Alex said, “and to know that junior sailing is alive and well in Long Beach.

“I remember when the event was still just getting established, so it’s awesome to see that it has become such a tradition and even a rite of passage for beginning sailors,” he added. “I’m already excited to be more involved next year and hope to make it as great as the Dutch Shoe is down in San Diego. It’s a high bar, but some of my favorite memories of junior sailing are from the Dutch Shoe Marathon.”