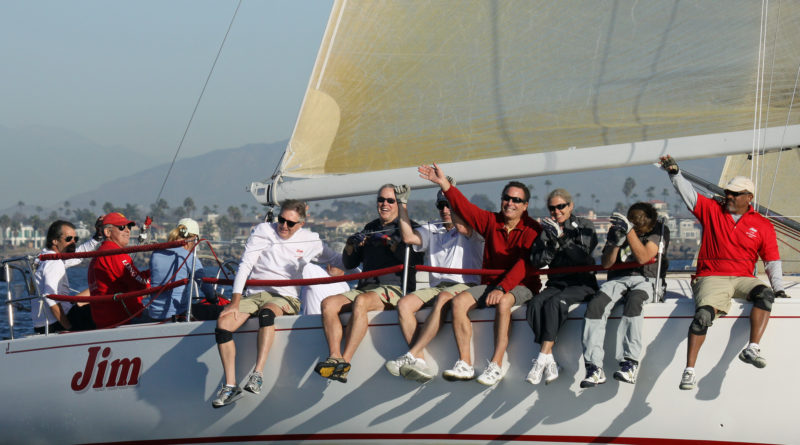 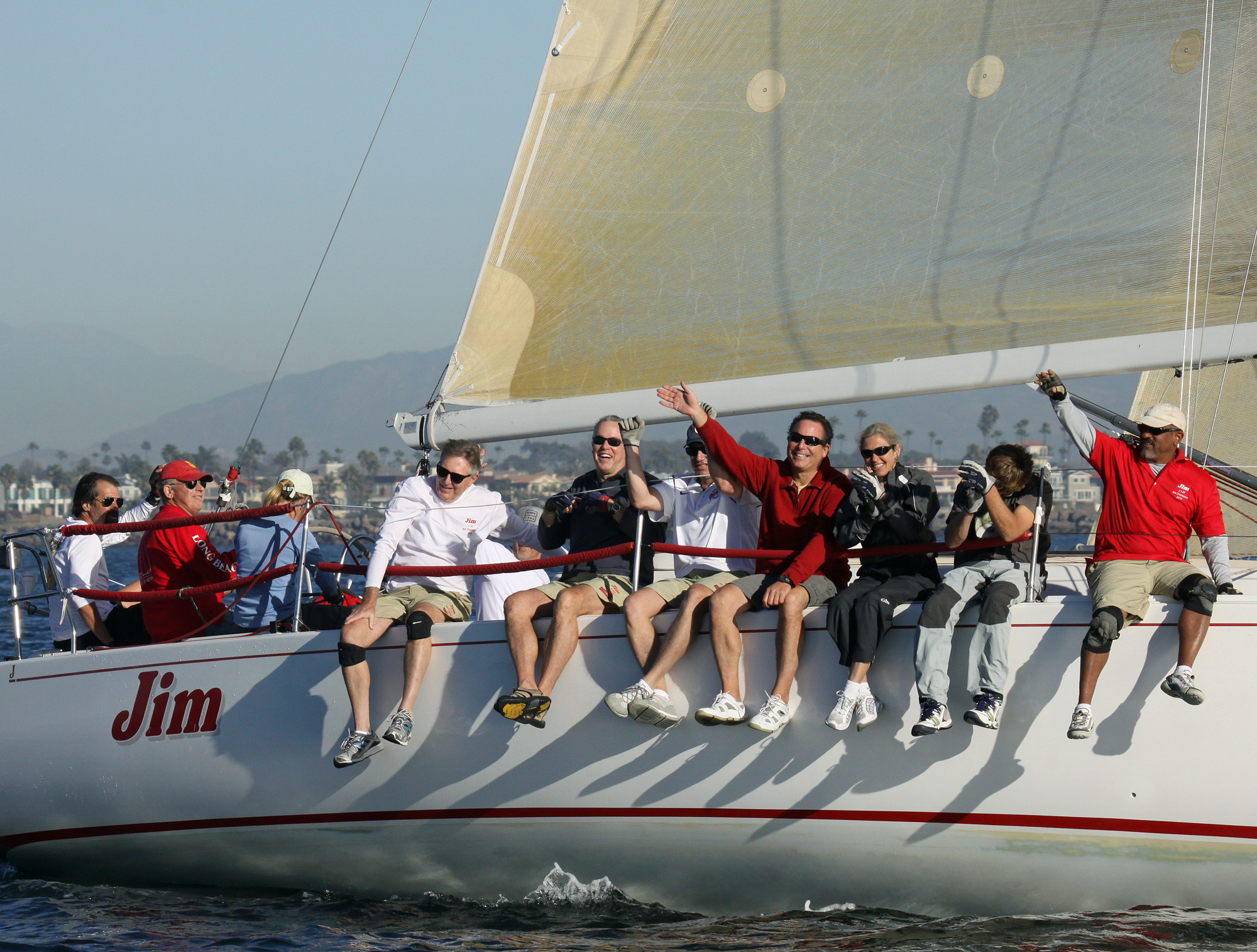 Snook and his crew (with an average age of 71) passed and fought off 30 other boats, some bigger and faster, throughout the 13.2 nautical mile course that winds its way through and around Long Beach and Los Angeles harbors.

Going into the day the weather forecast called for light, changeable breeze. Not what you want to hear when you’re planning a long sailboat race with a 5 o’clock sunset.

Fortunately the weather gurus got it wrong as a consistent breeze between 6 and 11 knots showed up just before the start and stuck around throughout the day.

In a pursuit race, the slower boats start ahead of the faster boats with each boat’s scheduled starting time based on its corrected handicap rating.

Medicine Man started 30 minutes behind Snook’s boat and it was up to him and Jim’s crew to keep them back there.

“We were counting our blessings,” Snook said, “and watching Medicine Man during the entire race. We were trying to create passing lanes for ourselves to keep them back there and decided running along the breakwater wasn’t going to work. So we went deep into the harbor and passed quite a few boats.”

Ron Masterson, working at “Pit” on Snook’s crew, said, “We kept looking back [to Medicine Man] figuring how much we were ahead of them.”

During the race, as the lead boats were sailing from Los Angeles Harbor back towards the Long Beach Harbor entrance—often referred to as “Queens Gate”—a rather large freighter in the harbor began moving towards the entrance.

As the ship drew near the entrance, the race committee hailed the racing boats on the prearranged VHF radio frequency and advised the skippers to hold their positions and wait for the ship to clear the entrance. Everyone complied (Wouldn’t you?) and the ship passed safely.

A Port of Long Beach pilot boat and a Long Beach Police boat assisted in keeping the way clear for the ship.

Some of the lead sailboats made it through Queens Gate before the ship arrived, but some did not. The delay was only a few minutes, but it was frustrating for some of those that had to wait.

“We saw the big ship coming out and we were watching it,” Masterson said. “As we got closer we realized we could get by it without a problem. We felt so bad for the rest of the fleet behind us.”

Reflecting on the day and the race, Snook said, “It was a great race, but we’d like to see it as part of a [pursuit race] series like they do at San Diego Yacht Club each year. We’ve been doing their Hot Rum series for a number of years now and we think it would be great to have one up here.”

Masterson smiled and eluded to the fact that they had help in winning today’s race.

“We had something in our favor today,” Masterson said. “We usually cook something onboard during the race. Today it was Korean BBQ. We’ll use any strategy to gain an advantage.”