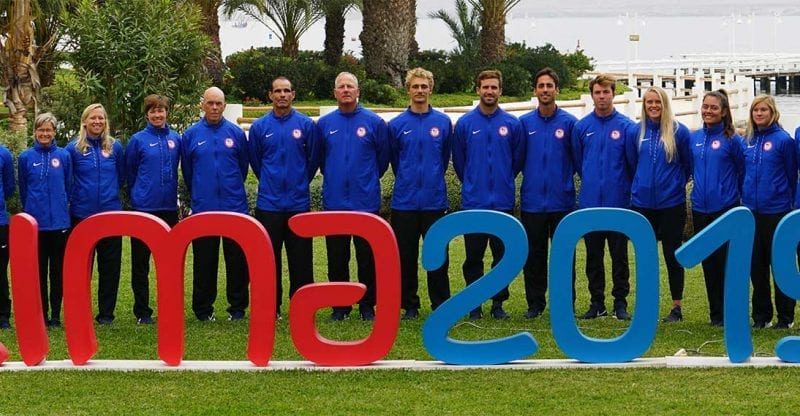 Gibbs and Weis earned a country qualification for the 2020 Summer Olympics in Tokyo, Japan.

Competition was cutthroat, as the number of countries seeking a spot for sailing events at the 2020 Games exceeds the number of slots available to compete for a medal.

“There are far more countries competing in Olympic class boats than there are available spots at the Games,” U.S. Sailing staff said in a released statement. “Therefore, athletes must first secure a berth for the United States in their chosen class before they are eligible to qualify as individuals to Team USA. The four athletes representing Team USA at the Pan Am Games qualified the U.S. for representation in Tokyo by securing their place as the top North American boat.”

Other winners at the PanAm Games were: