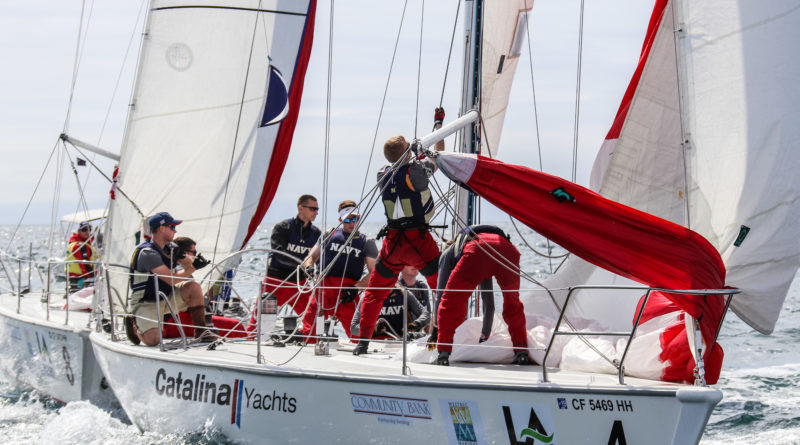 SAN PEDRO — Weather conditions were no match for the Navy Midshipmen, as the military academy dominated the 2018 Harbor Cup, held March 9-11 at the Port of Los Angeles in San Pedro.

Southern California might have been doused with some rain on March 10, but Navy spent most of that day and March 11 building and extending its lead over the field, as the Midshipmen finished the Harbor Cup in first place with 33 points.

Ireland, the only international competitor at this year’s Harbor Cup, finished sixth with 61 points. The Irish were followed by Massachusetts Maritime Academy (62 points), USC (68 points), University of Hawai’i (69 points) and Maine Maritime Academy (84).