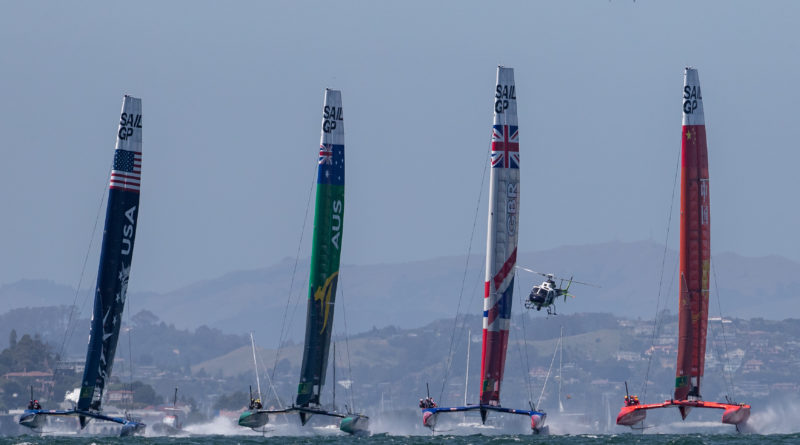 SAN DIEGO (AP/Log News Service)—Kimo Worthington, who was on teams that won the America’s Cup and a major round-the-world race, has been hired as general manager of the United States SailGP team.

Recently retired as an executive with North Sails, Worthington said his main role in running the team would be to take pressure off skipper Rome Kirby during the global league’s second season.

“Rome was getting pulled in all different directions and getting taxed,” Worthington said in a phone interview. “He needed someone to come in and take the pressure off. The skipper goes sailing and I take care of everything else. I just remove obstacles to make it easier for them to go racing. I did the same thing at North Sails. I removed obstacles so they could sell sails.”

Worthington, 60, sailed with the fathers of three of the U.S. SailGP crewmembers. He was a teammate of Kirby’s father, Jerry, with Bill Koch’s winning America3 team in the 1992 America’s Cup. In 1995, Worthington was head coach of what started out as the first all-women’s team in the America’s Cup, and Kirby was one of his coaches.

In addition to the team from the United States, teams from France, Great Britain Japan and Denmark are scheduled to return to Sydney Harbor on February 28 and 29 to take on Australia in the first race of Season 2 of SailGP.

The United States will once again be the only team with two regattas in home waters, in San Francisco on May 2-3 and New York City on June 12-13.