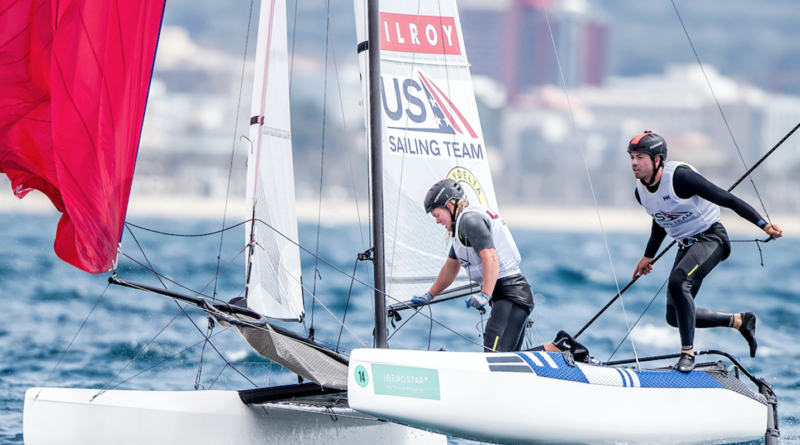 BRISTOL, Rhode Island—Two sailors from Southern California will join 15 others from across the country on the roster for this year’s Pan American Games. The XVIII Pan American Games will take place in Lima, Peru, from July 26 to Aug. 11. Sailing events will specifically take place Aug. 3-10 at Paracas, Peru.

Newport Beach’s Charlie Buckingham will compete in the Men’s Laser Standard, while Riley Gibbs of Long Beach will team up with Anna Weis (Ft. Lauderdale, Florida) in the Mixed Nacra 17 event.

The roster announcement, however, does not include approval from the United States Olympic Committee (USOC). All roster members will be considered part of Team USA or U.S. Sailing Team if approved by the USOC.

A few roster members, such as Blouin and Buckingham, competed in the 2015 Pan American Games in Toronto.

Sailing events were added to the Pan American Games in 1955; the United States, since then, won 81 sailing medals, including 33 gold and 27 silver.

The Pan American Games (also known as Pan Am Games) is a quadrennial athletic competition and takes place one year before the Olympics. It is the world’s third-largest multi-sport event, trailing only the Summer and Winter Games.