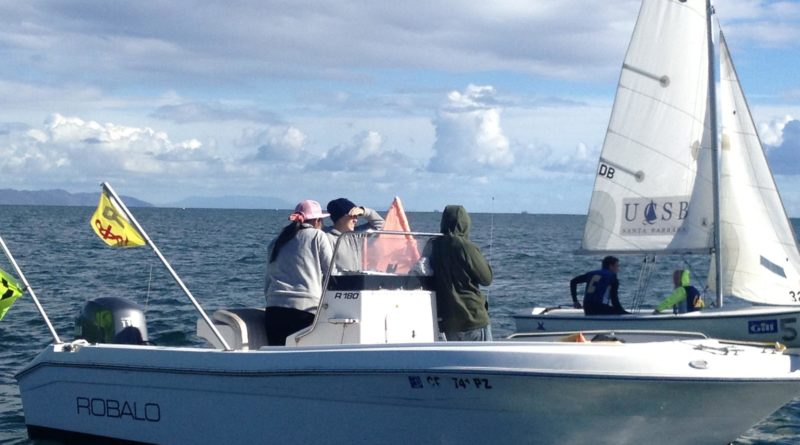 Eight teams will compete against each other in Round Robin tournament.

A fleet of 18 CFJs will be used for the regatta, with boats and sails provided for the eight participating teams. The entry fee is $200 per team, which covers the cost of umpire boat rental and umpire expenses.

Festivities kick off on April 6, with sailors asked to report at 9:30 a.m. at the UCSB Sailing and Boating Facility. A competitors meeting will be held at 9:45 a.m. The first warning signal is at 10:30 a.m. near the Santa Barbara Harbor entrance.

“Boats shall be sailed as supplied with colored mainsails to designate teams,” according to the Notice of Race. “Each team shall sail three boats inch race. The format for the regatta shall be a series of Round Robins. Teams qualify for subsequent rounds based on their cumulative number of wins at the end of each round.”

The racing area will be provided at the competitors meeting.

The following schools are PCCSC teams: