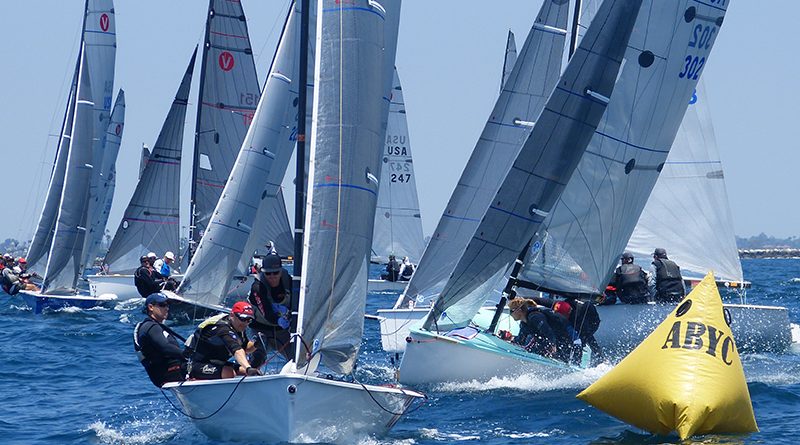 The regatta, set for June 24-26, is sponsored by Ullman Sails and co-hosted by Alamitos Bay Yacht Club and Long Beach Yacht; this will be the 17th iteration of the popular event.

There are seven windward-leeward races scheduled for PHRF and One-Design divisions. In addition, there are four separate racing areas in and around Alamitos Bay.

This regatta is open to the following One-Design classes: Beneteau 36.7, Catalina 37, Farr 40, Flying Tiger, J/120, J/70, Martin 242, Schock 35, Viper 640; boats with a PHRF handicap of 222 or less, and boats that are members of the Ocean Racing Catamaran Association (ORCA) and wish to sail random leg courses.

In an April 4 press release, the clubs shared that One-Design divisions will include Schock 35 and Viper 640 racers vying for their Pacific Coast Championship titles, Beneteau 36.7 sailors racking up scores for their High Point Series, and the Catalina 37 fleet will be racing for the National Championship title.

To avoid late fees, competitors are encouraged to register before June 1, but registration will remain open until June 21 at 6 p.m.

Several festivities are included in entry fees, from music and dancing at ABYC on June 24 to LBYC’s Mt. Gay Rum Party on June 25, culminating with a poolside prize-giving on June 26 at LBYC.  All parties offer food, drinks, and a cash bar. For more information, see www.lbrw.org.