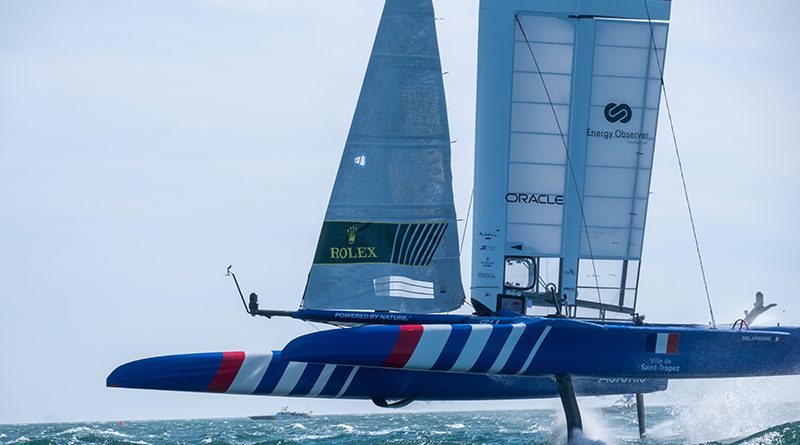 France took the win in Spain, making it to the final without winning a fleet race. Shutterstock image

The race marked Delapierre’s first anniversary with Sail GP, and he celebrated with a three-second lead on the Bay of Cádiz.

In what is considered the closest race in Sail GP history, France converted a “brilliant start under pressure into a pole position at mark one,” according to the Sail GP website.

The U.S. held in a neck-to-neck race keeping up consistent boat speeds and showing off some slick maneuvers, which saw the team briefly take the lead before France pulled through to take the finish line.

Australia brought up the third place after aggressive tactics from the U.S. pushed the team from down under to the back of the pack on the last day of racing.

“Winning this sail Grand Prix on the four-crew configuration was a huge step for the team – there was a tight battle with the Americans, and it was a challenge to keep our strategy clean,” said Delapierre to Sail GP.

This event brought France to the top three with 41 points, Australia is leading the pack for the season with 50 points, and New Zealand sits four points behind in second place with 46 points.

The U.S. is towards the bottom of the pack this season with 34 points. Event seven will take place in Dubai from Nov. 12-13. For more information, see https://sailgp.com/races/season-3/dubai-sail-grand-prix/overview/.