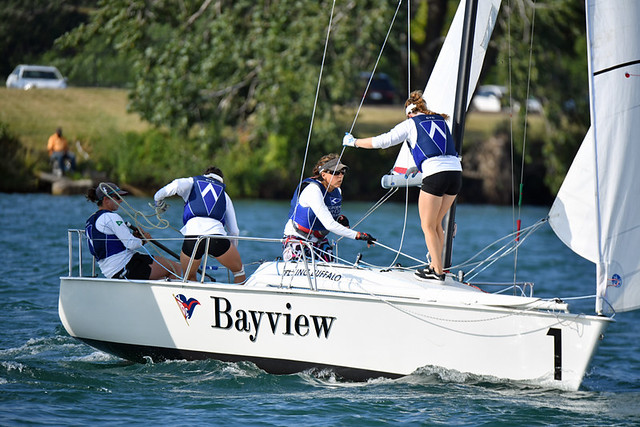 The 2020 racing calendar continues to be cleared, even as cities, counties and states try to re-open after Shelter in Place orders.

BRISTOL, Rhode Island—We are more than three months into the Covid-19 pandemic and US Sailing continues to cancel or postpone racing events like a bad virus clearing out everything on your computer. The latest event to not be held in 2020 because of Coronavirus: the U.S. Women’s Match Racing Championship.

US Sailing announced the postponement of the U.S. Women’s Match Racing on June 11. The race was originally scheduled to take place Aug. 21-23; US Sailing, in conjunction with host San Diego Yacht Club, will now host the race in 2021.

“This is a frustrating time for all of us, and we are doing our best to get back out on the water safely and in accordance with the local restrictions due to COVID-19,” Event Chair, Jeff Johnson, of the San Diego Yacht Club, said. “Still, after considering many options for a national competition, planning an event that followed those local guidelines and being considerate of the sensitivities of competitors and officials, San Diego Yacht Club, in conjunction with US Sailing have decided to cancel the 2020 U.S. Women’s Match Racing Championship.”