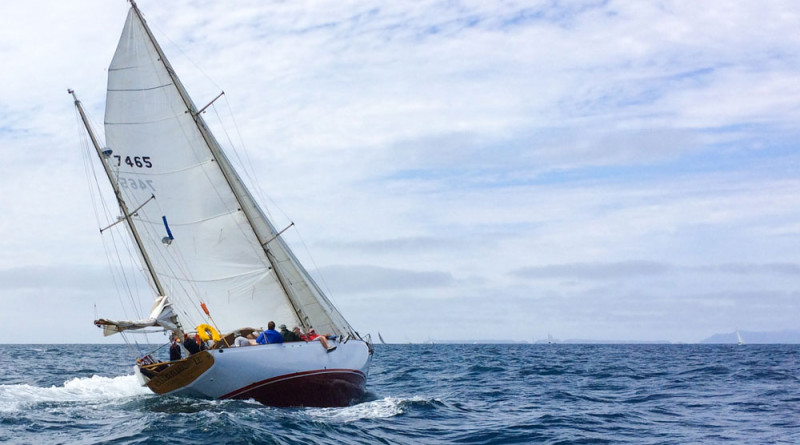 The race attracted 14 racers to participate in the 29 nautical mile course – four spinnakers, six non spinnakers, three beach cats and one trimaran – that ran from the Mandalay Buoy to Frenchy’s Cove on Anacapa Island, back to Ventura Harbor.

Racers experienced 14 to 16 knots of northwest wind at the start of the race, reportedly hitting gusts of 30 knots by 3 p.m.

The first mono hull to reach the Frenchy’s Mark, and first to finish, was the Cal 48 Wainui skippered by Mark Coleman. The beach cat fleet was back in the harbor by 2:30 p.m., finishing the course in just over three hours.

The winner of the spinnaker class was also the smallest mono hull entry in the race, Fleeboflam, a J22 skippered by Denise Imhoff. They beat the second place boat, the J 24 Jaded skippered by Deke Klatt, by a mere two minutes on corrected time with third place Zoarces right behind them only three minutes farther back.

In the non-spinnaker class, the oldest boat and the classic yawl, Cheerio II skippered by Dick McNish, handily defeated the rest of the fleet by more than 30 minutes on corrected time. Velero took second and Wainui took third in the non-spin fleet. Brad Smith took top honors aboard his Nacra 20 No Name for the beach cat fleet.