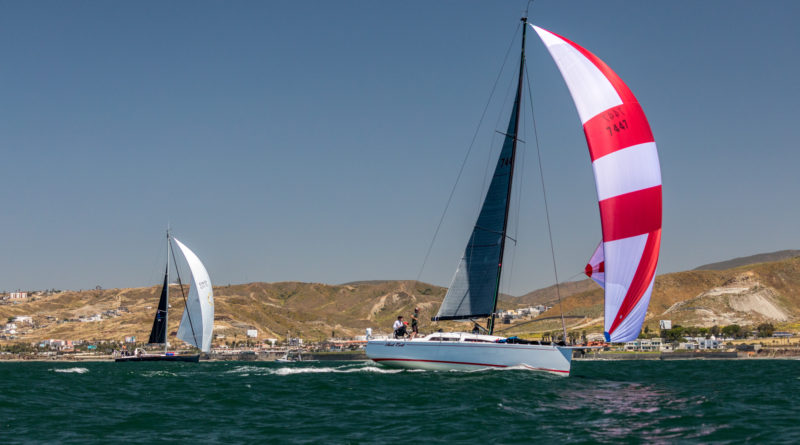 The 2017 Newport to Ensenada International Yacht Race, otherwise known as N2E, involved strategic sailing with strong winds as well as some frustrating floating with no wind. Sailing tactics were tested. Sailing crews were challenged. All were good sports with all but one boat finishing the race.

With 187 teams vying for over 50 trophies in various categories and participating sailors ranging in age from 13 to 90 years old, this was a yacht race for all levels.

This might have been the 70th year for N2E, but it was the first year with an option of three concurrent courses. The race began April 28 with one starting point off the Balboa Pier in Newport Beach. Yachts took to the waters to navigate 125 nautical miles to Ensenada in Baja California. The Transpac race persisted on an extended course of 176 nautical miles which included sailing around San Clemente Island. For those with cruisers and smaller vessels not wanting such a long race, there was a shorter course from San Diego.

Sailors aboard Jazz got stuck floating for eight hours and had engine problems, so they had to divert to San Diego Yacht Club. That didn’t stop the crew from catching a ride on some wheels to join the festivities with the rest of the sailors in Ensenada.

Parts of the race were considered a “floatfest” with reported “lulls for more than 14 hours” due to lack of wind, according to the N2E press release. Winds kicked up as the boats arrived in the waters near Ensenada.

“When they came in on Saturday, it was blowing 27 knots with gusts up to 30 knots.  This made for a wild ride out there,” Cynthia Sinclair, a photographer for the end of the race, shared in an email to The Log.

Check out the complete list of the 2017 N2E results at newporttoensenada.com/results.