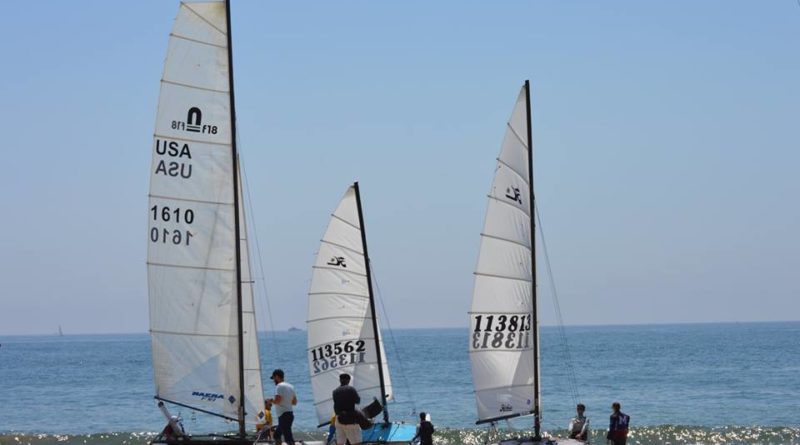 Annual sailing event shifts schedule and will now be held in April.

SANTA BARBARA — The growing popularity of one of the most recognizable regattas on California’s Central Coast has forced organizers to reschedule the sailing competition prior to Santa Barbara’s peak summer season.

Santa Barbara Yacht Club will host the annual Wine and Roses Regatta during Earth Day weekend, a shift from the competition’s usual running in August.

The regatta began in 1994 and has been hosted by Santa Barbara YC and Southern California Hobie Cat fleets. City staff, in a report to commissioners during the March 15 Harbor Commission meeting, stated the regatta has been a well-run event.

“The event has been well attended over the years. At the end of each year’s event, the beach and parking lot facilities have been left in good condition,” city staff told commissioners.

City staff acknowledged the regatta was best shifted to April to better accommodate its growing popularity.

Over the years, the popularity of the Waterfront area has increased tremendously and Waterfront parking lots routinely fill to capacity on busy summer weekends from May through October,” city staff told commissioners. “As a result, Waterfront staff found that the timing of the event in August could no longer be sustained and future Wine and Roses Regattas would not be allowed to take place between Memorial Day and Labor Day.

“At the request of Waterfront staff and as agreed to by the Harbor Commission at their May 18, 2017 meeting, the event has been moved annually from August to April,” city staff continued.

Regatta chairman was at the March 15 Santa Barbara Harbor Commission meeting to request permits for participants to camp out at the event venue (Leadbetter Beach).

Allowing sailors to camp out at the event venue, Regatta Chair Tom Sinnickson told city staff, would allow them to safeguard their equipment.

“The boats and equipment on the beach tend to be expensive and could potentially be vulnerable to theft and vandalism,” city staff told commissioners.