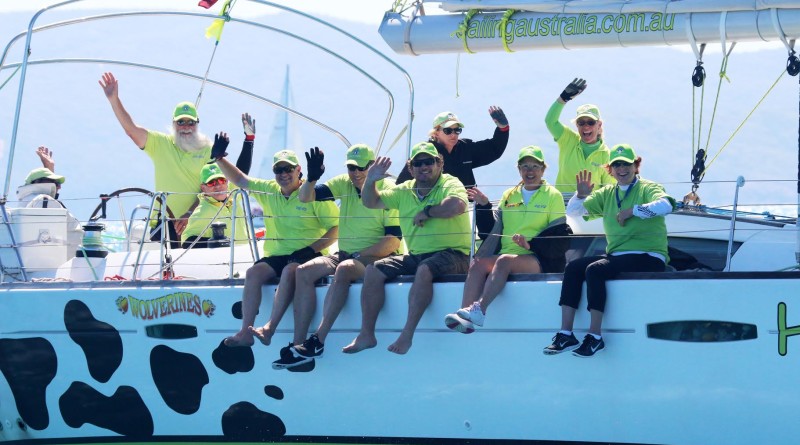 American yacht racers love a lot of racing but the Aussies put so many days together for their racing season it makes the USA look like slackers. Two large six-day each yacht races happen in Queensland, Australia in August each year. This year, Airlie Beach Race Week followed Audi Hamilton Island Race Week, Aug. 15-22.

Each regatta starts with three days of long and short courses then the fourth day is a “lay day”— a break for race committee’s as well as for all skippers and crews. Then back at it again for the final three days of racing. The rounding marks on the passage races use many of the islands of the Whitsunday group (74 islands). By comparison in America and California we usually have two to three-day long regattas.

The Front Street area of Hamilton Island is party central after the races each day.  Food booths, beer and drinks kiosks are set up along Front Street. Each evening several bands and groups perform for the yachties and guests

This writer/photographer/racer witnessed some of the greatest weather and condition for sail boat racing ever in her experience.