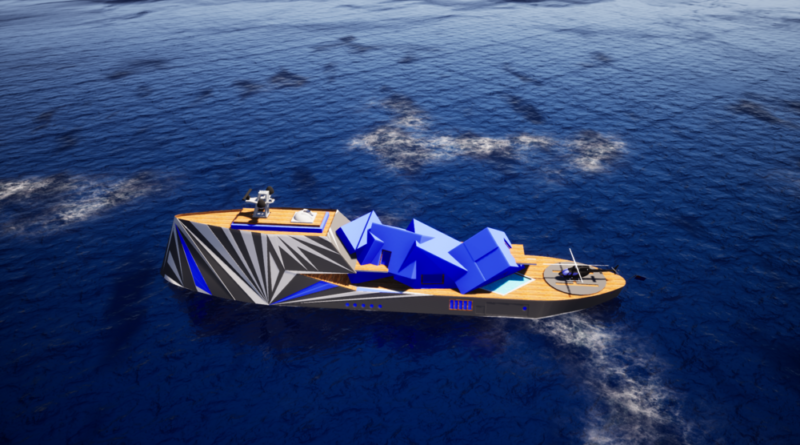 ARCTIC OCEAN—Europe-based yacht designer George Lucian has designed a super yacht for both pleasure and purpose.

Lucian recently released design planes for Fata Morgana, Italian for “a mirage.” Designed to sail in Arctic areas, such as the Northwest Passage, the luxurious yacht is meant to raise awareness about the irreversible effects of climate change that take place in the arctic areas, including melting ice caps. Just as its name suggests, it is meant to look like the rocks and snow found in the Arctic Ocean.

“It is designed to perfectly fit with the arctic landscape, the bow resembling a rock formation partially covered in snow, and the stern of the yacht having a glass structure which looks like an iceberg,” Lucian said in a released statement.

Business Insider reported it could cost up to $110 million to build, if it is ever made – it is still only a concept.

Lucian said the yacht would be as environmentally friendly as possible, with as low as possible emissions and waste. The super yacht would have a range of 7,000 nautical miles and features a kite to help save fuel.

The vessel would also contribute to research. The yacht design includes devices which would constantly monitor the ocean’s temperature and composition and transmit the data to the concerned international organizations.

The design is still packed with luxuries you’d expect from a super yacht, including unobstructed views of the sky from a glass structure in the main saloon and VIP suites. It also features an outdoor swimming pool, a telescope/sky observatory just above the bridge deck, and a helipad. The yacht has space for up to 12 guests and 18 crew members.

Lucian has previously created designs for an origami-inspired yacht and a yacht that can carry a blimp.